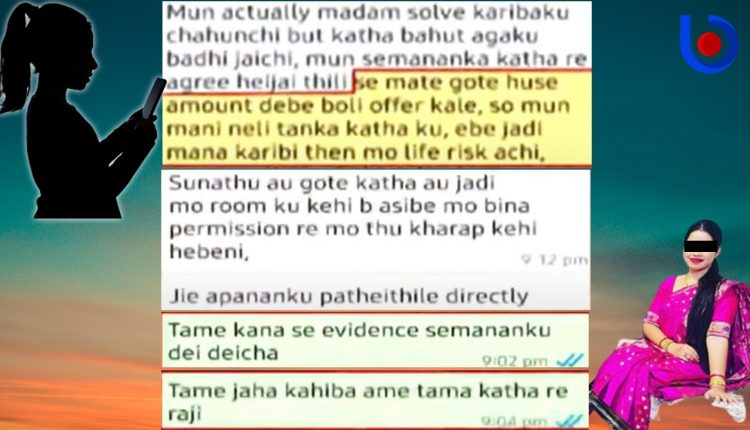 Bhubaneswar: More skeletons are tumbling out of the cupboard after the arrest of Archana Nag, who allegedly ran a honeytrap racket in Odisha capital. Police reportedly have retrieved 64 photos from her email and these include that of some influential people and veteran politicians of the state in compromising positions.

Pictures of some politicians with Archana and her husband Jagabandhu Chand, who is absconding, have been doing the round on social media. At least two ministers, including one from western Odisha, a senior BJP leader also from western Odisha, a former MLA, a veteran BJD leader and some bureaucrats had allegedly fallen victim to the racket.

Responding to his purported viral picture with Jagabandhu, Law Minister Jagannath Saraka, however, said: “I do not know him. I don’t know when and where the picture was taken and who took it.”

The woman blackmailer is a native of Kesinga in Odisha’s Kalahandi district while her in-laws belong to Baunsabani village under Jaleswar Tehsil in Balasore.

Meanwhile, her WhatsApp chats with an unknown girl have revealed plans to extort money by honey-trapping high-profile people.  She appeared to be convincing her to get involved in the racket. “I had agreed because they had promised to pay a hefty sum, and if I do not act accordingly now, my life will be at risk,” the girl responds.

While assuring her that she would agree to all her demands and help to make her life better, Archana asks whether she has provided “them” the evidence.

On the other hand, the girl seems peeved about people entering her room without permission and asks for it not to be repeated. “Nobody should enter my room without my permission next time onwards. If it happens, I will directly go to the house of the person,” reads her text.

However, it is not clear whom they are discussing in the chat.