BhubaneswarHockey
By Amitava Dasgupta On Dec 5, 2021 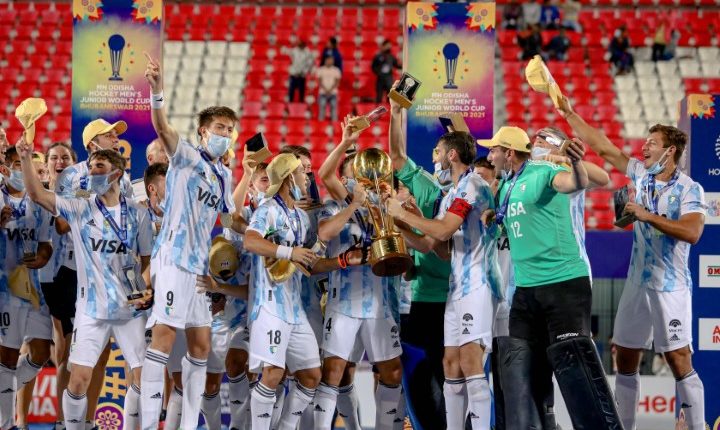 Argentina, who edged out France in the semifinals, rode a hat-trick of penalty corner strikes by Lautaro Domene to win the final 4-2 at Kalinga Stadium and bring the curtain down on yet another major hockey championship hosted by Odisha.

Argentina led 2-0 at half-time after Domene scored one each in the first two quarters.

Germany refused to be rolled over and reduced the margin through a field goal by Julius Hayner in the 36th minute. Masi Pfandt then found the equalizer, utilizing a penalty corner in the 47th minute.

But two goals in the final 10 minutes – by Domene and Franco Agostini — helped Argentina clinch the match in style to mark their second title.