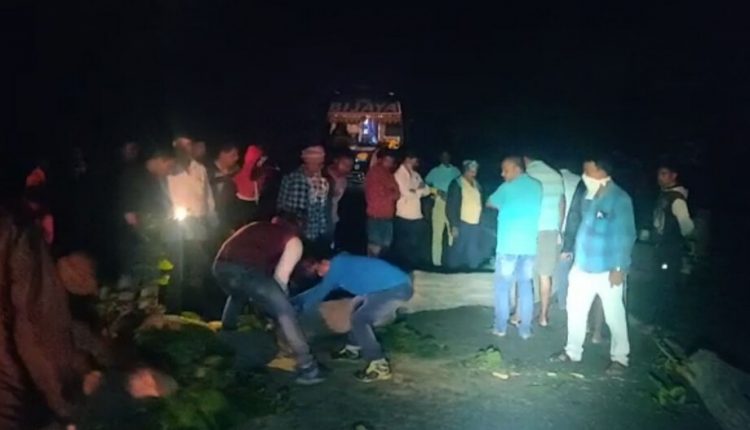 Balasore: A bid to loot a private bus was foiled inside Tinikosia forest near Sajanagarh along Nilagiri-Udala road in Odisha Balasore district due to timely intervention of Nilagiri forest staff, late on Wednesday.

According to sources, a Bhubaneswar-bus was stopped by a group of seven armed dacoits, who blocked the road with logs and tree branches. Two among them approached the driver, offering to guide them through another route. They also demanded money from the driver.

The plan was to board the bus and loot the passengers. However, a patrolling vehicle of the forest department soon arrived at the scene. On seeing the officers, the miscreants pulled out weapons and tried to scare them away. The forest staff immediately called for additional help and as would luck have it, five more buses carrying tourists and passengers also arrived on the spot.

Anticipating trouble, the looters soon fled under the cover of the dark and dense forest.

The road was then cleared and the buses resumed their journey onwards.

The incident, however, has triggered panic in the area.

Viral Video: Security Guards Provide Treatment To Patients In This Hospital Of…