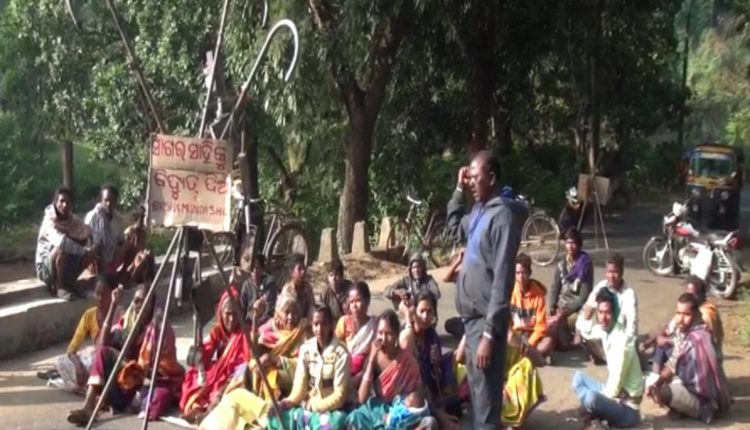 Baripada: The people of a village in Mayurbhanj district on Thursday staged a rasta roko demanding immediate power supply.

Sagarsahi village under Kaptipada police limits in the district is yet to get electricity connection. The villagers’ repeated appeals to the local administration for power supply have yielded no results.

Ironically, they have been issued power bills for last several months. Their suffering reached a new height as some employees of the power supply company came to the village and told them to pay the bills.

“Three people had come to out village to collect the power bills yesterday. When we pointed out that there is no electricity connection  to the entire village and asked how can we pay the bills, they remained silent,” said Yuvraj Samad, a villager sitting on dharna on the road.

“We will not withdraw the agitation until the officials of local administration come to the village and assure us of providing power supply,” he added.

The villagers staged the road blockade at Patharakhani Chhak holding placards demanding power supply. They also raised slogans against the indifference of the state government towards their plight.

On being informed, personnel from Kaptipada police station reached the spot to maintain law and order. The agitation was going on till the report was filed.