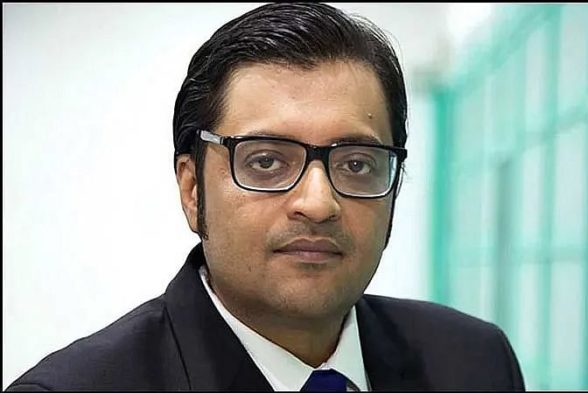 Mumbai: Editor-in-Chief of Republic TV, Arnab Goswami has been served a show cause notice asking why he should not be asked to execute a bond for making a statement causing communal disharmony. He was asked to appear before the assistant commissioner of police, according to a report by Times of India (TOI).

It may be recalled that Republic TV is one of the three channels under investigation for alleged rigging of viewership. On Thursday, the Supreme Court rejected Republic TV’s petition against Mumbai Police. The apex court asked the channel to appeal to the High Court first.

Three witness statements have named Republic TV for paying them to inflate TRPs during a fixed duration, while a fourth witness made the same claim against Box Cinema. Mumbai Police Commissioner Parambir Singh confirmed the statements, but refused to elaborate further, citing potential hindrance to the investigation.

According to police, the statements made by the witnesses fall under Section 164 of the CrPC, which deals with recording and confession of statements by a metropolitan magistrate or a judicial magistrate during the investigation. As the statements are recorded only if they are made voluntarily, there is no chance of confessions being extracted by witnesses, police said.

The Broadcast Audience Research Council (BARC), has engaged Hansa Research for installing peoplemetres. The manipulation involves bribes being paid to households to keep their television switched to a particular channel.

Out of the five people arrested, a former employee of Hansa Research admitted to police that they were part of the racket manipulating viewership. “These confessions will make our case stronger.” said a police officer.

As per sources, the duo, being investigated for acquiring a copy of the FIR document in the TRP scam, refused to divulge any information on how they got it.

FIR Filed Against 2 Female Journalists In Tripura; Know Why