Article 370 May Be Included In School Curriculum: BJP Chief 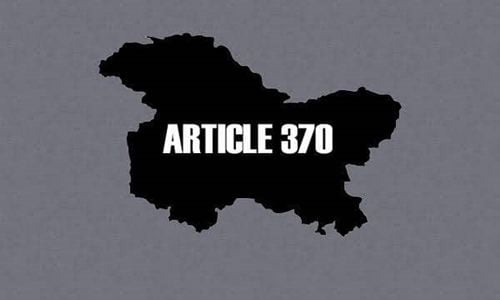 Pune: BJP working president JP Nadda has indicated that Article 370 and its abrogation could be introduced in the school curriculum.

Addressing a gathering here on Monday evening, Nadda said students ought to know the history behind Article 370, especially in relation to its implementation in Jammu and Kashmir.

“Our younger generation should develop an interest in knowing what happened in this (abrogation of Article 370),” Nadda was quoted as saying by news agency ANI. “Students should know the history”, he added.

The BJP leader’s remarks followed a question on whether the Centre was planning to introduce Article 370 in the school curriculum.

Nadda, however, did not elaborate further on the issue or the timeline for implementation and the boards that would be involved in this process.

On August 5, the Narendra Modi government had announced its decision in Parliament to scrap Article 370 of the Constitution that gave special status to Jammu and Kashmir.

The abrogation of the Article through an Act of Parliament also came with the division of the former state into Jammu and Kashmir and Ladakh regions. Both the regions are now union territories.

Indian Caught Stealing Mangoes At Dubai Airport, To Be Deported

First-Ever Polls After Abrogation Of Art 370 Held In…

Any Citizen Can Buy Land In Jammu & Kashmir Now, Says…

Gupkar Alliance Is ‘Anti-BJP, Not…