As Bhubaneswar Retains The Crown, Let’s Meet ‘Kansas’ Over The Years At Odisha’s Dhanu Jatra 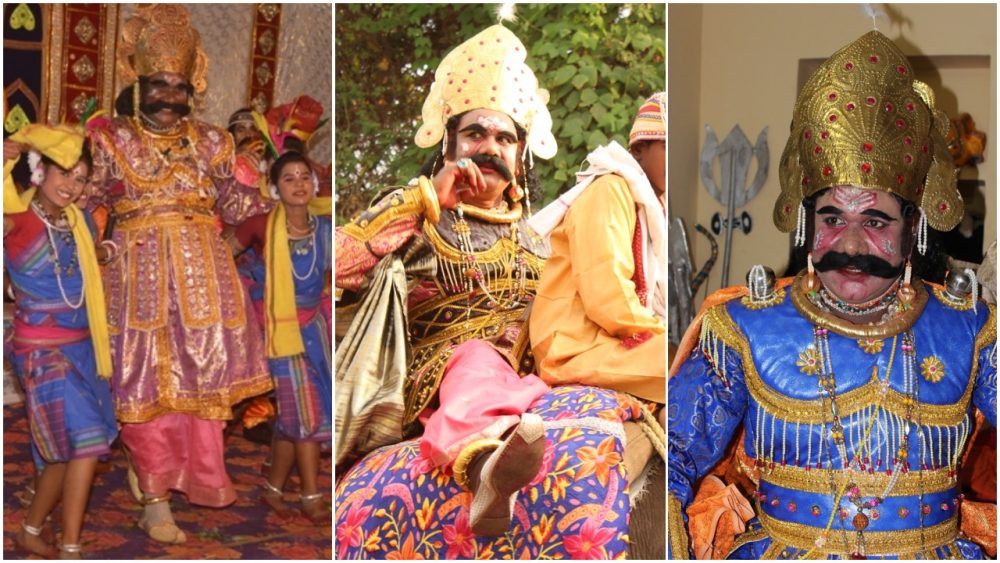 Bargarh: The cloud of controversy that hung over the famous Dhanu Jatra here has finally cleared. Bargarh Collector Jyoti Ranjan Pradhan has confirmed that Bhubaneswar Pradhan will enact the titular role of the demon king Kansa at Dhanu Jatra, the biggest open-air theatre in the world, this year.

During the festival, Bargarh town transforms into Mathura with the legendary ‘Kansa’ ruling ‘his realm’. As a result, the person essaying the role of the demon king is the key to the cultural extravaganza.

As per tradition, the selection of actors for the different roles during Dhanu Jatra is done for three years. This year, however, the the Artiste Coordination Committee decided to select new artistes for all the characters, including that of Kansa.

This triggered a controversy with Bhubaneswar Pradhan, who was selected to play the role of Kansa in 2017 after several rounds of audition, and other artistes vehemently opposing the decision.

But with the Collector’s confirmation, Bhubaneswar will again be seen in the garb of the demon king at the 11-day-long Dhanu Jatra, which is scheduled to begin from December 31.

With his role of Kansa, Bhubaneswar carries forward a long legacy, which was made famous by the likes of Gopal Sahu and Hrusikesh Bhoi in recent times.

Here’s a look at the various artists who have played Kansa at Dhanu Jatra over the years:

Gopal Sahu was a veteran who played Kansa for 23 years from 1984-1998 and 2001-2008. The organising committee, however, replaced Sahu because of his falling health.

The ‘loss of his crown and make-belief kingdom’ went on to haunt Sahu for a long time. He preferred to stay indoors and watch the show on TV. “Raja thili, praja heli (I was king, now I have been reduced to a mere subject)” is how the sub-inspector of police bitterly summed up his feelings.

The credit for encouraging him to take up the role goes to his wife. She felt he was apt for playing Kansa because of his physique and voice. His nephew played the role of Krishna from 2005 to 2008. For the Dwapara Yuga king’s role, Sahu had received the Sangeet Natak Academy Award in 1994 and a lifetime achievement award from the then chief minister JB Patnaik.

Bhubaneswar Pradhan was selected in 1999, but did not match the expectations of the organisers. So Sahu was roped in again in 2001. He is the owner of an opera party, Samaleswari Gananatya, and is a professional artiste. He hopes to make up for the lost opportunity this time.

Hrusikesh Bhoi came through an open interview in 2009 and had been playing the role till last year. An ambulance driver by profession, Bhoi almost lost the coveted crown by appearing as King Kansa at Dharmasala Mahotsav in Jajpur district in 2016, violating a tradition that restricts a person from playing Kansa’s character on any other platform.

The Artiste Advisory Committee, however, pardoned him after he gave a written assurance that he would never repeat the mistake.

Dhanu Jatra is believed to have started after Independence to celebrate the fall of British imperialism. The premise of the festival is to show the defeat of evil over good.

Bundi Ratha (originally Bunde Ratha) of Deogaon was the first Kansa. He played the role of the tyrant king of Mathura for two consecutive years. He was succeeded by Bhimsen Tripathy in the third year of Dhanu Jatra.

From 1957 to 1980, Yudhistir Satpathy was the Kansa. In 1973, however, there was a break to his long reign with Radheshyam Dash donning the attire of the demon king.

How Bali Jatra Can Be Odisha’s Answer To Munich Oktoberfest