How Bali Jatra Can Be Odisha’s Answer To Munich Oktoberfest 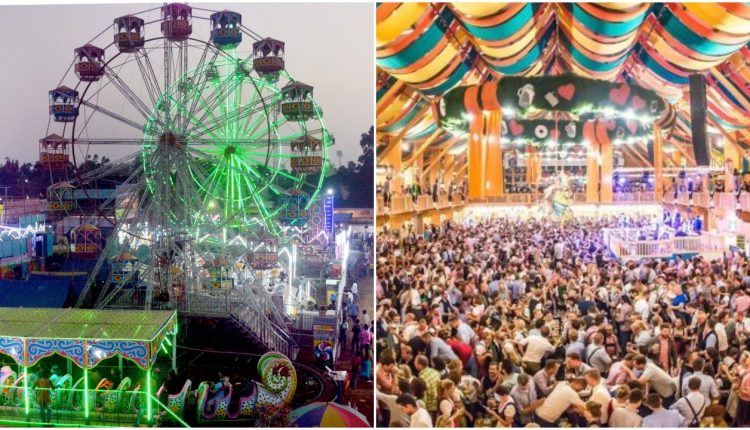 Can Bali Jatra be our own Oktoberfest? With a little bit of effort, yes.

Munich lies several time zones apart from Cuttack and the cultural ethos of the German city is far removed from that of the latter. There’s no clear proof of historical links between the two. Yet both share something unique: the fervour with which they approach cultural festivals. Oktoberfest of Munich, like Bali Jatra in the millennium city, is celebrated with an overwhelming local flavour. The beer that has come to define the festival is strictly local and Oktoberfest is a showcase for Bavarian customs. Both take place around the same time of the year.

Both go deep in time. Oktoberfest is more than 200 years old; Bali Jatra is perhaps much older. Unfortunately, our history is silent on its evolution. Some believe this is the place where Chaitanya took rest when Prataparudra Deva was the king of Kalinga. Another account says it dates back to the period when the Barabati fort was the hub of power. The festival used to take place as an annual event of Gadachandi worshiped inside the fort. Some others connect it to the five-day worship of Lord Kartika at the end of the festive season in the state.

The most accepted opinion speaks about the link of the jatra to Cuttack’s maritime history.  On the day of Kartika Purnima, in the good old days, the sadhavas (sea traders) from Odisha set sail to distant Southeast Asian islands like Java, Sumatra and Bali on their wooden boats. The movement of wind from north to south facilitated the voyage. To send the sadhavas off, many gathered around Gadagadia ghata and performed traditional religious rituals.

Whatever the truth, the fact remains that the festival is centuries old and it carries a distinct local touch. Over the decades it has gone bigger and now it attracts millions of people. The fairground hosts innumerable variety of goods, traditional and modern, that are bought and sold. It is much similar to Oktoberfest, where visitors not only enjoy beer but also the variety of entertainment on offer. The beer is off the menu at Bali Jatra though.

Outside the beer tents in Munich, you find dancing, music, sideshows, carnival rides and German food of all types. These include wursts (sausage) of beef, chicken, veal or pork, slices of beef, pieces of chicken, sauerkraut, potato salad, cabbage, onions and, of course, pretzels. At Cuttack, our finest traditional foods are available along with a variety of entertainment.

The history of Oktoberfest dates back to 1810 when a large festival was held to mark the marriage of crown prince Ludwig, who later became King Ludwig I, to princess Therese von Sachsen-Hildburghausen in Bavaria. The festival was held in front of the Sendlinger Tor, one of the gates leading to Munich and included in the festivities were horse races that became an Oktoberfest custom lasting until 1938. In 1811, an agricultural fair was added and by 1818, beer pubs were included along with performers. It became a great tourist attraction and a way for visitors to learn about Bavaria and its people. Although it is still known as Oktoberfest, even it now opens each year in September. The reason for that is Bavaria’s bad weather.

Beyond the history, what makes Oktoberfest amazing is the statistics, which Bali Jatra lacks.

In the whole area there were more than 1,400 toilets, 0.6 miles of urinals, and 42 lavatories for the physically challenged. In the meals, 124 oxen, 48 calves, 59,000 pork knuckles, 60,000 pork sausages and 510,000 grilled chicken were consumed. Power consumed stood at 3,250,000 kilowatt-hours. Further, according to records from ATM withdrawals, 67 nations were represented, the top ten in terms of participation being the USA, UK, Austria, France, Switzerland, the Netherlands, Italy, Australia, Sweden and Belgium. Around six million visitors from all over the world visit the Munich Oktoberfest every year.

If we want to give Bali Jatra an international profile like Oktoberfest then we must deliver statistics based on facts rather than guesstimate. It simply does not work in the era of social networking. Similarly, it must focus on local items than borrowed culture. Just like beer in Oktoberfest, Odia food can be a big draw at Bali Jatra. It only requires aggressive branding and marketing.

(The writer is a city-based urban planner)

As Bhubaneswar Retains The Crown, Let’s Meet ‘Kansas’ Over The Years At Odisha’s Dhanu Jatra