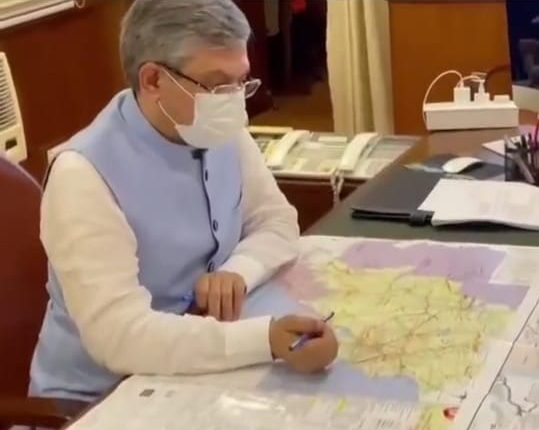 The Rajya Sabha MP from Odisha, who took charge of the ministry on July 8 a day after being sworn in as a Cabinet Minister in a major expansion of the Modi 2.0, tweeted about the review meeting on his official Twitter handle. “The meeting also discussed future developmental aspects of Odisha,” he added.

Odisha sees in the former Odisha-cadre IAS officer a central minister, who would be more accommodative to its legitimate demands. The ruling BJD is expecting a better deal in the rail budget for improving railway facilities and teledensity shortage in the state, given the fact that Vaishnaw was elected to Rajya Sabha with its support.

Notably, the BJD had initially announced his candidature for the Upper House but then decided to support him as a BJP candidate despite having the numbers to win the seat hands down.

People of Sundargarh have also written to Vaishnaw for early completion of the Talcher-Bimlagarh rail link project and for a Rail division at Rourkela.