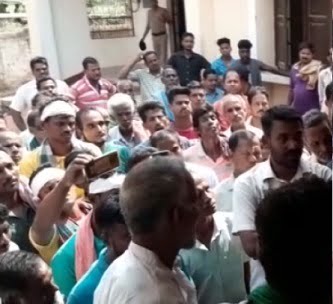 According to sources, police had on Monday arrested one Kalia Majhi in for his alleged involvement in the group clash that took place at Brahman Taraboi village under Delang police limits.

While Kalia was in Delang police station following his arrest, he managed to give a slip to police personnel and escaped.

As the news of Kalia’s escape spread, the locals staged a demonstration in front of the police station demanding his immediate arrest. The agitators withdrew on the assurance of Pipili SDPO that steps would be taken to apprehend the accused soon.

Subhalaxmi Cooperative, A Movement For Women’s Empowerment In Odisha