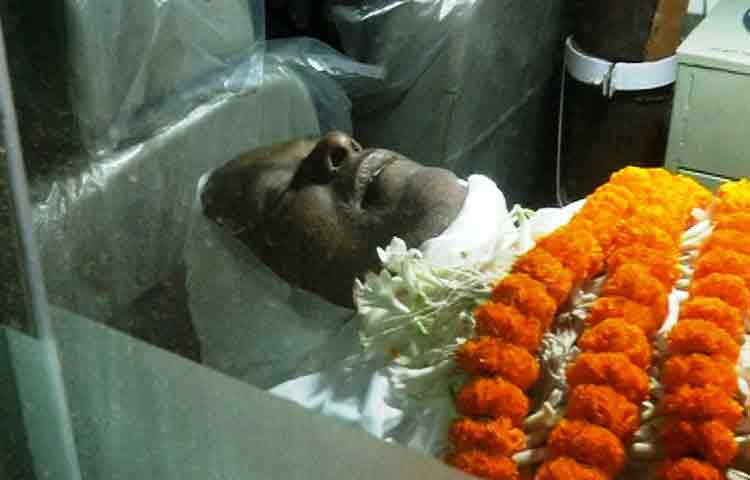 Bhubaneswar: Senior BJD leader and Aska MP Ladu Kishore Swain passed away at Apollo Hospital in the city here on Tuesday night. He was 71.

As the health of Swain, who was suffering from protracted kidney ailments, became critical, he was admitted to Apollo Hospital at around 1 am on Monday. But he passed away at around 11.45 pm on Tuesday night, family sources said.

Swain is survived by his wife Majula and his two sons Nachiketa and Aswini.

Swain was scheduled to attend the budget session of the parliament on Wednesday for which he had booked a flight ticket to Delhi, the family members said.

Soon after his demise, the mortal remains of Swain were brought to his native village Pathura under Kabisuryanagar Block in Ganjam district where the last rites would be performed on Wednesday.

Several leaders have expressed deep condolence over the demise of Swain.