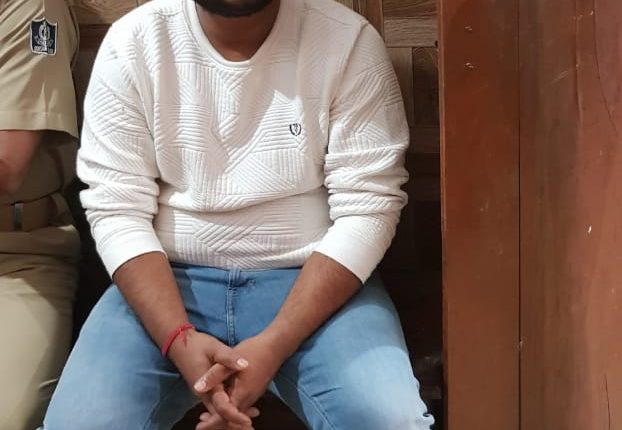 Bhubaneswar: The State CID Crime Branch on Tuesday arrested a person on charges of cheating an Assam-based doctor on the pretext of providing admission to his daughter in a city-based medical institute.

The accused, Soumyakanta Mohanty has been charged with criminal conspiracy and forwarded to the SDJM court, Bhubaneswar. He is also accused of being involved in five cheating cases in Bengaluru.

Mohanty, in connivance with his associates, had managed to swindle Rs 69 lakh from Dr Sujit Nath Choudhury with the promise of a seat at the Kalinga Institute of Medical Sciences. Dr Choudhur is an associate professor in Silchar Medical College.

According to a press note, Dr Choudhury had met Mohanty and his accomplice, Raghunath Behera when he had visited the institute in July 2015 to enquire about the possibility of his daughter’s admission. Dr Choudhury had first paid Mohanty Rs 2 lakh in cash and then deposited Rs 51 lakh in his account after returning to Assam.

Thereafter, he made regular calls to the accused, and every time, the accused would reassure him of a confirmed seat. In October 2015, both Mohanty and Behera informed him that admission was not possible without appearing in the entrance test. They insisted that he get his daughter admitted to the Saptagiri Medical College in Bengaluru.

Dr Chaudhury then demanded that Behera return his money as his patience had run thin. As per the press note, Behera sent four cheques but as the first one bounced, Mohanty did not deposit the other three. After repeated contacts, the accused transferred only Rs one lakh to the doctor’s account.

A complaint was lodged with the CID Crime Branch, which then began an investigation into the matter.

During the course of investigation, it was established that Soumyakanta Mohanty and his associates Raghunath Mohanty and others had indeed duped Mohanty.

The crime branch has blocked the sale proceeding of a flat located on Bhubaneswar-Pipli Road in the name of Mohanty’s wife.

Four fixed deposit bonds of Rs 8 lakh, a laptop and a mobile phone have been seized from his possession.