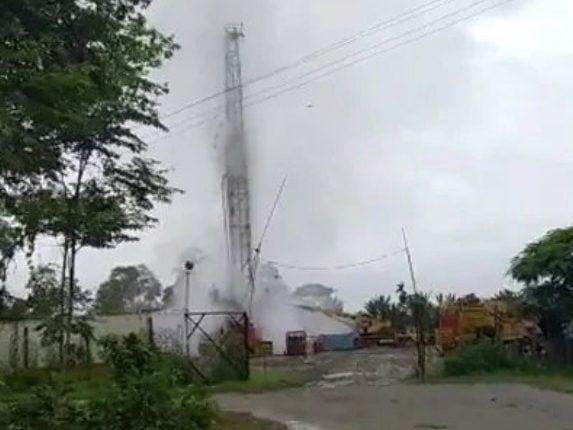 Guwahati: A team of oil experts from Singapore will arrive in Assam on Wednesday to plug a leak in Oil India Ltd’s well at Baghjan in Tinsukia district.

Gas had been spewing out of the leak for the last 6 days after a major blowout took place on May 27. So far, 2,500 people have been evacuated from the area.

Assam chief minister Sarbananda Sonowal called Union Minister of Petroleum and Natural Gas Dharmendra Pradhan on Tuesday to seek help in getting foreign experts from Singapore to repair the damage.

Water is being pumped into the site to minimise chances of fire, OIL said in a statement. A water reservoir will be dug near the well as a huge quantity of water will have to be pumped during capping of the well wall, a report in PTI said.

Condensation residue from the gas after coming in contact with water can be found up to 5km from the site, and residents have complained of burning eyes, respiratory problems, and animals dying.