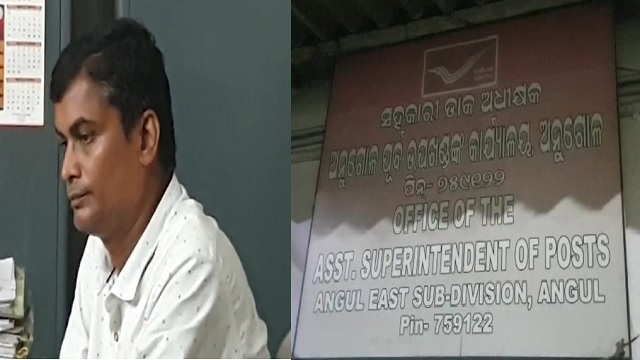 The Assistant Superintendent has been identified as Tikan Kumar Deta.

According to sources, the CBI officers laid a trap and caught Deta red-handed while he was allegedly accepting the bribe from the Assistant Branch Postmaster at Kurudul Post Office, Shubhranshu Pradhan, after threatening to transfer him.

Pradhan filed a complaint at CBI office based on which he was arrested.