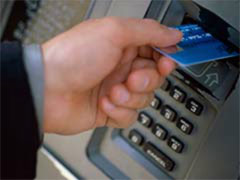 After receiving information that Acharya was watching Baahubali-2 at INOX movie theatre, a special squad of commissionerate police conducted a raid and nabbed him. “We were tracking his mobile number and caught hold of him at the cinema during the movie’s intermission when he had come out to buy snacks,” said DCP Satyabrat Bhoi.

The accused is involved in more than 50 cases of ATM loot in the state, police sources said.

Regarding his modus operandi, police said he used to ensure ATMs go kaput and when customers would try to withdraw money, he would took note of their PIN and later withdraw from the ATMs.