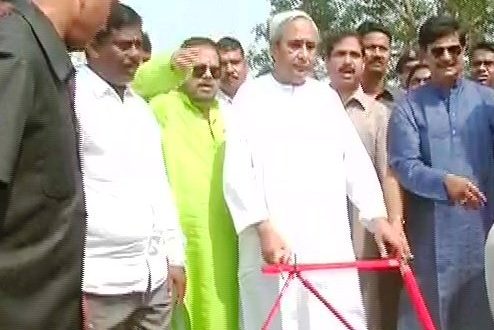 Bhubaneswar: The Odisha government is working to enhance the income of farmers’ in the state, chief minister Naveen Patnaik said while performing the Akhi Muthi Anukula ritual on Akshaya Trutiya at Laxminarayanpur in Pipili on Saturday.

Stating that the state has made significant progress in terms of production, productivity and income generation, Naveen said, “Improvement of farmers’ condition is the top priority of the state government. The government has set up two corpus funds of Rs 100 crore each, one for seeds and another for fertilizers.”

Agriculture minister Pradeep Maharathy highlighted that the state government has stepped up efforts for introduction of insurance facilities for farmers.