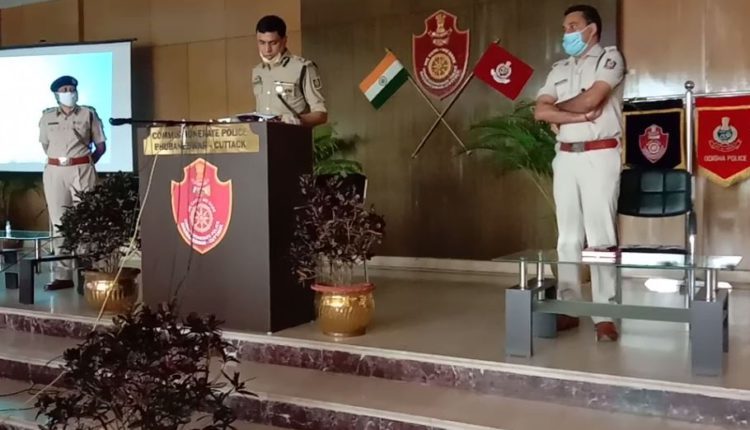 Bhubaneswar: Twin City Police Commissioner Sudhanshu Sarangi on Friday informed that two robbers allegedly involved in an ATM loot case at Patia here have been arrested by the Vizag police in Andhra Pradesh.

At a press briefing, Sarangi identified them as Samarjyot Singh from Punjab and Zafar Sadiq from Kerala. They had looted over Rs 25 lakh from the PNB Bank’s ATM kiosk under Infocity Police limits on the night of October 10.

“The two are members of an inter-state robbers gang operating from Bengaluru. The gang used to target ATM kiosks in different parts of the country,” he said.

He further informed that the robbers arrived in Bhubaneswar from Kolkata on October 5. They checked into two hotels in the city and visited the ATM counter to plot a loot.

“They brought a gas cutter and a motorcycle on rent from Mancheswar area and looted the cash from the ATM machine at Patia. The two returned the motorcycle around 4.15 am and then took a flight to Delhi the following morning. Later, they travelled to Chandigarh and Bengaluru,” he said.

The Commissionerate Police got the details about the criminals through the registration number of the hired motorcycle, captured in the CCTV camera.

“We were tracking their locations and informed the Vizag police after the duo targeted another ATM there on October 21,” Sarangi said.

The Commissionerate Police will bring the accused duo on remand for interrogation into the loot case in Bhubaneswar, he added.