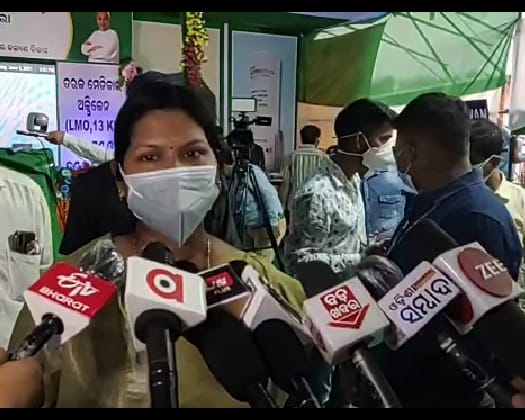 Sambalpur: Congress and BJP workers on Wednesday locked up minister Tukuni Sahu in a dak bungalow in Kuchinda during the bandh called by the two parties in protest against attack on a Youth Congress leaders allegedly by BJD activists on Tuesday.

Women and Child Development and Mission Shakti minister Tukuni Sahu had gone to Kuchinda to distribute smart health cards of Biju Swasthya Kalyan Yojana (BSKY) which was launched by chief minister Naveen Patnaik in the district on Tuesday.

While the minister was holding a meeting in this regard in the dak bungalow, some workers of Congress and BJP went there and locked it up from outside. They also raised slogans against the state government for the attack on Congress activist by BJD workers.

On being informed, SDPO and police have rushed to the dak bungalow. The members of opposition parties had not withdrawn the protest till the report was filed.

Both opposition parties had called 12-hour Kuchinda bandh after president of the Kuchinda Youth Congress unit Jayant Kishan was beaten up by a group of people suspected to be members of BJD.

The incident took place when BJP and Congress workers took out rallies in protest against the government while the chief minister was distributing BSKY smart health cards. Police took several BJP workers into custody for showing black flags to Naveen.

As Congress workers continued their agitation over Mamita Meher murder case at the spot, some BJD members reportedly beat them up.

However, the Kuchinda bandh evoked partial response as the business community of the area did not extend support to it in view of Dhanteras and Diwali.

What Is Sara Ali Khan A Muslim, Doing In Kedarnath Temple? Ask Netizens