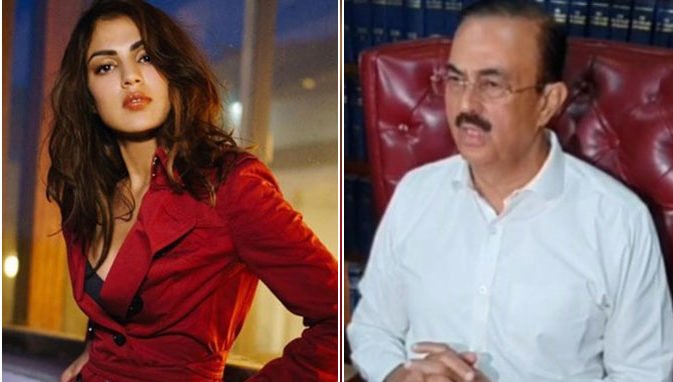 Mumbai: After being grilled by the Narcotics Control Bureau (NCB) in Sushant Singh Rajput death case, Rhea Chakraborty on Monday rushed to the Mumbai police to record her statement against the late actor’s sister Priyanka Singh for forgery.

Reacting to Rhea’s complaint against Sushant’s sister, advocate Vikas Singh, who is representing the actor’s family, told Times Now that the ‘Jalebi’ actress is trying to malign the late actor’s sisters and hamper the CBI probe in his death case.

Mumbai Police cannot accept Rhea’s complaint because the Supreme Court has clearly mentioned that all the complaints in the case should be addressed to the CBI directly, said Singh.

Rhea’s complaint against Priyanka is a plot to divert attention from Sushant’s case. The complaint is an attempt to keep the Mumbai Police active in SSR’s case so that it can cover it up, added the lawyer. “I’m not aware of the forces behind this complaint, but if accepted by Mumbai Police, it’ll clearly be contempt of court,” the lawyer was quoted as saying by Times Now.