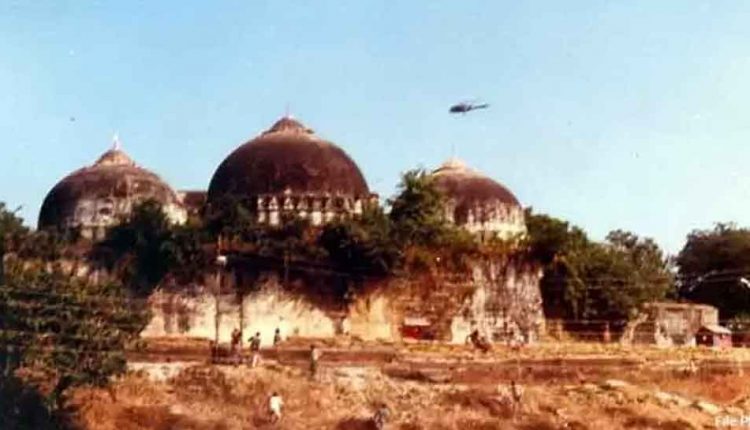 It took India 169 years of communal violence, including 69 years of land title dispute, to reach a conclusion on Saturday. The disputed land will be given to a government-run trust for building a temple and Muslims will be given a five-acre “suitable” plot for a mosque in Ayodhya.

The Babri Masjid demolition on December 6, 1992, which made the issue a political potboiler came much later. Communal violence has been a part of Ayodhya since 1850 when the Babri Masjid was attacked by Hindus.

Local Hindu groups made occasional demands of being handed over the site’s possession and build a temple there. The colonial government denied the demands.

Akhil Bharatiya Ramayana Mahasabha (ABRM), a part of the Hindu Mahasabha, started an agitation for the possession of the site.

Sant Digvijay Nath, a disciple of the Gorakhnath Math, joined the ABRM and organised a 9-day-long uninterrupted recitation of Ramcharit Manas.

Hindu activists then broke into the mosque and placed idols of Ram and Sita inside. People are told that the idols had “miraculously” appeared inside the mosque. This marked the start of the fight to claim the land where Ram was born.

Gopal Singh Visharad filed a title suit with the Allahabad High Court, seeking injunction to offer puja at the disputed 2.77 acres of land. He died in 1986, but his son Rajendra Singh continues the case.

Nirmohi Akhara, a Hindu religious institution, filed another title suit, seeking direction to hand over the charge of the disputed site. The group claimed to be its custodian as they have been the sebayats who served Ram. Another suit was filed by the Sunni Wakf Board for declaration and possession of the site.

Hindu groups formed a committee to spearhead the construction of a Ram temple. Three years later, a district court ordered the gates of the mosque to be opened after almost five decades and allowed Hindus to worship inside the “disputed structure”. A Babri Mosque Action Committee was formed by Muslim groups.

Foundations of a temple were laid on land adjacent to the “disputed structure”.

The then BJP president LK Advani took out a cross-country rath yatra to garner support to build a Ram temple at the site. VHP volunteers partially damaged the Babri mosque.

The mosque was demolished by Hindu activists. Communal riots across India followed. Ten days after the demolition, the Liberhan Commission was set to probe the incident. The Commission submitted its report on June 2009 —  naming LK Advani, Atal Bihari Vajpayee and other BJP leaders — almost 17 years after it began its inquiry.

While ruling on a related case, the Supreme Court also observed that the concept of a mosque was not “integral to Islam” which strengthened the Hindus’ side of the case. In April 2018, senior lawyer Rajeev Dhavan filed a plea in front of the apex court to reconsider the observation. But the court declined.

The Allahabad High Court bench began hearing the case a decade after the mosque was demolished.

A 3-judge Allahabad HC bench came to the conclusion that the 2.77 acres should be divided among the three parties — Nimrohi Akhara, Ram Lalla and the Sunni Waqf Board.

All the three parties appealed against the division of disputed land in the Supreme Court.

The Supreme Court stayed the Allahabad High Court order. Not long before, the top court had said the HC verdict was strange and surprising.

After mediation proceedings by a Supreme Court-appointed three-member team failed to find an amicable solution to the dispute earlier this year, a five-judge constitution bench began day-to-day hearings.