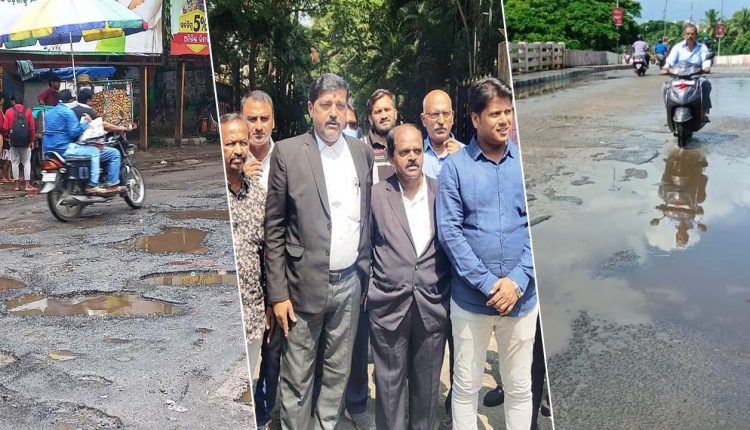 Berhampur: Angry over poor condition of roads in Berhampur city, the nerve centre of south Odisha, its residents have threatened to launch an agitation if immediate steps are not taken to repair these for the safety of people.

People from different sections including politicians, intellectuals, social workers and lawyers have held the Berhampur Municipal Corporation (BeMC) and the works department for the pathetic condition of roads, which are full of potholes.

Corporator of Ward No. 26, Dhiresh Sabat said that accidents are taking place every day because of pathetic condition of city roads. “It becomes difficult to commute even after rainfall for a few minutes. The city roads, full of potholes, often turn into death traps,” he said.

Instead of providing a lasting solution to the problem, the authorities have been taking short-term measures, he claimed and said that the RDC has promised to take appropriate steps to improve the condition of city roads.

Former Corporator Ashok Kumar Shukla said people had expected that there would be improvement in civic amenities and basic facilities after the BeMC elections, but their hopes have been shattered.

Despite repeated requests, the BeMc and Works department authorities have failed to initiate any step for proper maintenance of the city roads, causing resentment among the citizens, said Corporator of Ward No. 27, Nilakandha Sahu.

“We have drawn the attention of the RDC to the problem. If concrete steps are not taken to improve the road condition, we will be compelled to launch an agitation,” he said.