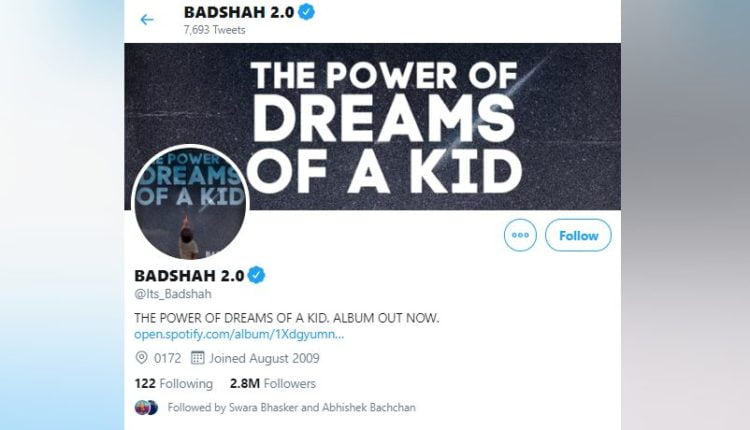 Mumbai: Rapper Badshah has reportedly confessed to Mumbai Crime Branch about paying Rs 75 lakh for his single ‘Pagal Hai’ to get a record 7.5 crore views in a day. The claim was, however, denied by Google.

Badshah revealed that he had paid Rs 75 lakh to an agency to get fake followers and increase the total number for this song.

Chtrbox, an agency with a tool called Boombox, has clients like Virat Kohli, Priyanka Chopra and Badshah.

Incidentally, Badshah’s profile has been removed after his confession.

Chtrbox CEO Pranay Swarup claims to have a monthly earning of Rs 9 crore and claims to have 30,000 clients. Many of the celebrity profiles listed in his company’s site are fake, Crime Branch sources reportedly said.

A few months back, the Mumbai police had busted a fake followers’ racket on social media. Bollywood celebs, sportspersons are among 176 high-profile people who have allegedly paid to get followers.