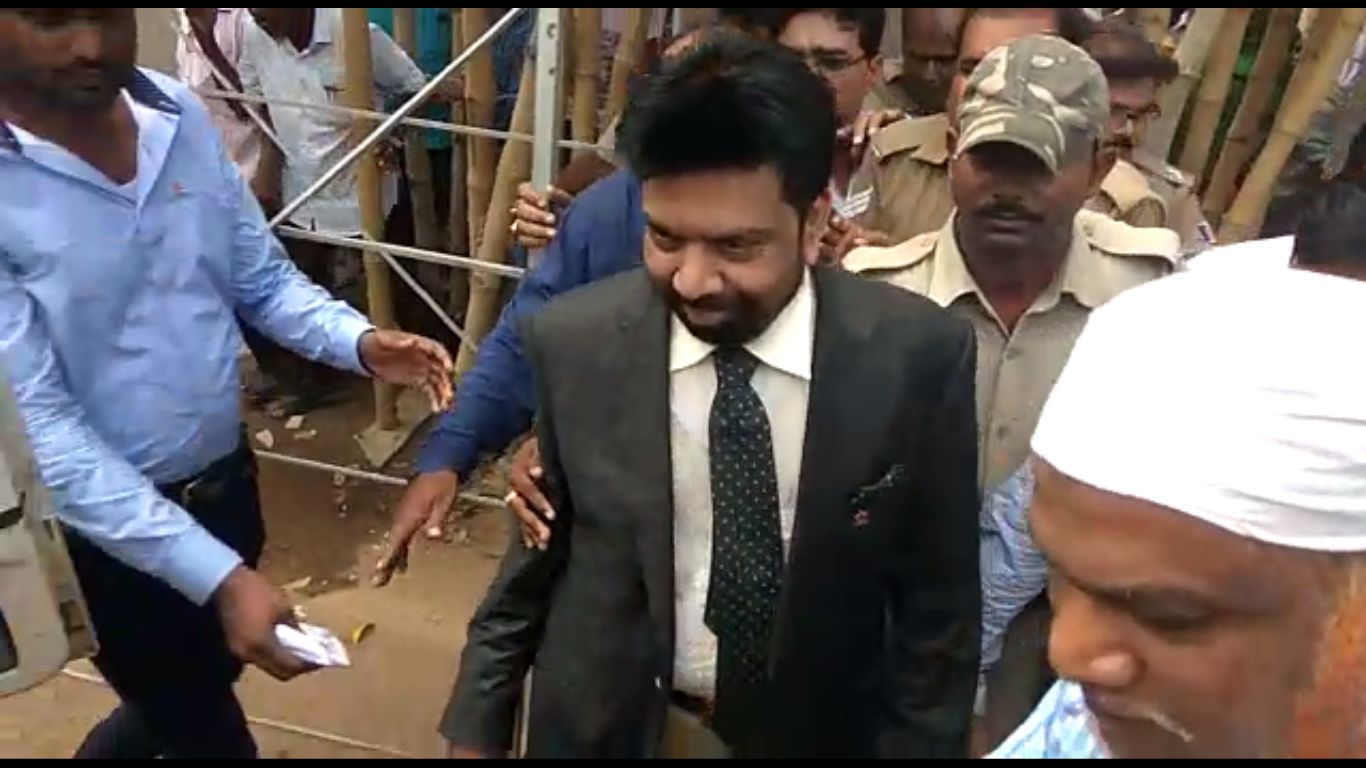 Jagatsinghpur: Industrialist Mahimananda Mishra surrendered before the JMFC court in Kujang on Wednesday.

The apex court had on Tuesday overturned the bail granted to Mishra by the Orissa Hugh Court on August 16 in connection with Press Chhak bomb hurling and Tarinigada firing cases.

The Odisha government had moved the apex court against the verdict.

Hearing a petition filed by the Odisha government against the verdict of the High Court, Justices Abhay Manohar Sapro and UU Lalit accepted the application and overturned the bail granted to him.

Mishra was granted conditional bail by the High Court in the cases against two sureties of Rs 1 lakh each. The court had also directed him not to influence any of the witnesses and cooperate in the investigation.

It may be recalled that a bomb was hurled at lawyer Abhay Bhatt near Press Chhak in Cuttack on September 21, 2013, in an alleged attempt to kill him. It was also alleged that Mishra was interested in a piece of land worth Rs 72 lakh, which Bhatt succeeded in buying. Criminal Ganesh Sahu, during interrogation, had told police that the bomb was hurled on Mishra’s direction.

Similarly, some miscreants had opened fire on two youths at Tarinigada in Paradip in May, 2016. Police had registered a case against Mishra alleging that he had plotted it.

The industrialist was arrested from Thailand in December 2016 for allegedly masterminding the murder of Mahendra Swain, a top executive of Hyderabad-based stevedoring company Seaways Shipping and Logistics Ltd, on October 26 the same year near Ambedkar Bhawan at Madhuban Colony in Paradip.