Balangir Hostage Drama: I Am Not Ashamed Of The Incident, Says Lovelorn Accused [Watch] 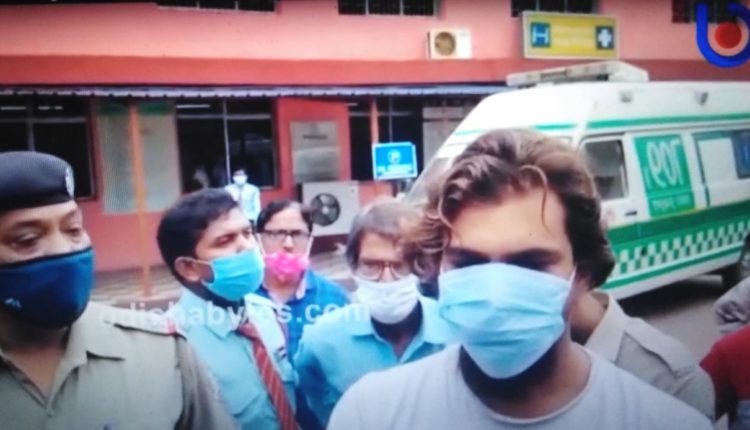 Balangir: A day after his arrest, Bikram Panda, who held a family of three hostage at Shantipada here, on Wednesday told the media that he is not ashamed of the incident and does not repent his action.

“No shame, no repent,” he maintained.

Asked as to why he decided to threaten the family, Bikram said he and the girl, who is a relative of the family members, were in love.

“After completing my BTech in Computer, I had opened a cyber café near the Women’s College in the town. She used to visit the café and we fell in love thereafter. Even after completing her graduation, we kept in touch and met regularly. But suddenly she stopped meeting me after joining Bhima Bhoi Medical College and Hospital as a clerk,” he said.

Bikram then decided to meet her father and brother and they snubbed him, saying that that was a passing affair.

Upset over being not allowed to meet the girl, he planned the hostage bid, which was foiled by police.

“I had no intention of killing anyone. But how can a woman desert her lover just because he is a businessman and not a government employee?” he questioned.

Refuting that it was a one-sided affair, Bikram said that he can prove that they were in a relationship. “The proof is in my mobile phone,” he said.

Giving details of the incident earlier in the day, Balangir SDPO Tofan Bagh said that Bikram barged into the house of Dibya Lochan Hota at Shantipada at 8.30 am on Wednesday. Later, he took three family members hostage at gunpoint and asked for the girl. He also threatened to kill them and commit suicide.

The SDPO further said that the family members managed to escape and locked themselves up in a room. They were rescued through the window on the backside of their house, he added.

“As the youth locked himself in a room, police tried to persuade him to open the door. At 12 pm, he fired a blank shot. Following this, the district SP went inside the house and spoke to him through a hole in the door. He then fired a second blank shot. While he was loading the bullet in his pistol, the SP, his personal security officer (PSO) and the policemen broke open the door. As they tried to overpower him, he opened another round of fire,” he added.

The SDPO said that the accused during interrogation revealed that he had purchased the pistol from a person in Boudh district two years ago and had no valid licence.

“Police have registered two cases against him. He will be forwarded to the court this afternoon,” he informed.

It’s Mithun Chakraborty’s B’day! Know About The 2 Odisha Connections To His Stardom