Balasore Adjudged ‘Best Marine District’ In The Country; Know How Odisha Has Been Encouraging Aquaculture 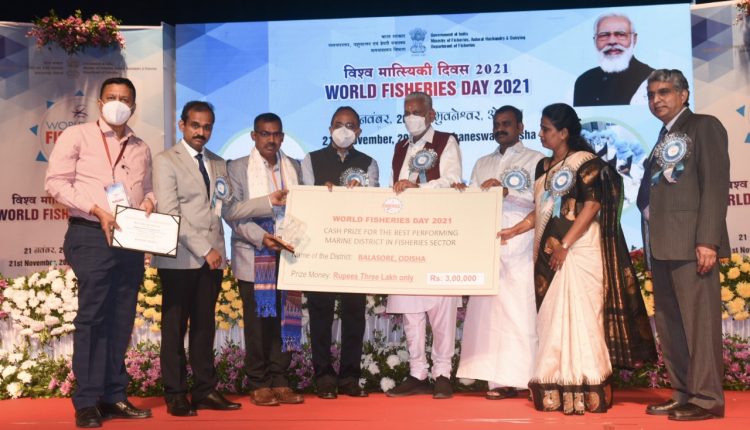 Bhubaneswar: Odisha‘s Balasore was awarded as the ‘Best Marine District’ in the country by the Centre on the occasion of ‘World Fisheries Day’ 2021, on Sunday.

While Andhra Pradesh was adjudged Best Marine State, the Best Inland State award was conferred on Telangana in a ceremony organised by the Ministry of Fisheries, Animal Husbandry & Dairying here.

World Fisheries Day is observed on November 21 to recognise the contributions of fisher folks, fish farmers, and people involved with fishery trade across the globe. It highlights the importance of healthy ocean and inland aquatic ecosystems to ensure sustainable stocks of fisheries in the world.

Odisha is the fourth largest fish producing state in India, contributing to 2.33 per cent of the state economy. The fishery sector in the state has grown at an average annual growth rate of about 13 per cent over the last five years. A total of 8.73 lakh metric tonnes of fish were produced during 2020-21.

The state government spends around Rs 100 crore per annum towards subsidies for farmers, encouraging them to build new fish tanks for expansion of intensive inland and brackishwater aquaculture. Long-term lease of panchayat tanks are provided to women SHGs, and currently, around 8,300 such groups are engaged in inland aquaculture, under the flagship “Mission Shakthi” programme of the government.