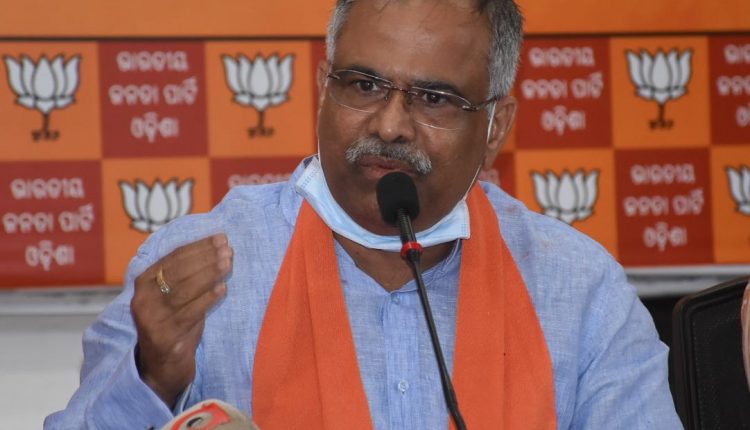 Bhubaneswar: The ruling BJD and main opposition BJP were engaged in a war of words over the Mamita Meher murder case on Sunday. While the BJP dared the BJD to face an impartial probe, the ruling party attacked the saffron party spokesman by stating that he has been reduced to a joke.

Reacting to the challenge of BJD’s organising secretary Pranab Prakash Das to the Opposition party to produce evidence to prove the involvement of Minister of State for Home Dibya Shankar Mishra in the case, BJP spokesperson Pitambar Acharya on Sunday flayed the ruling party saying that it has failed to take any action against two ministers who have been accused of complicity in murder cases.

After Union Education Minister Dharmendra Pradhan accused Chief Minister Naveen Patnaik of protecting Mishra in the Mamita case, Das had in a Twitter post said, “If you come up with evidence, then produce it before the police or High Court. The Chief Minister will not only dismiss, but send (him) to jail.”

Hitting back, Acharya on Sunday said, “It shows his ignorance of the law. If he has the guts, he should advise the chief minister to dismiss Law Minister Pratap Jena and minister Mishra for their alleged complicity in the Mahanga double murder and Mamita murder cases respectively.”

Like Mishra, Jena is also facing the political heat after a court on Saturday expressed displeasure over the probe in the Mahanga double murder case. The court asked police to submit call detail records (CDRs) of Jena’s assistant Bapi Biswal among three persons.

In his reaction to Acharya’s statements, BJD spokesperson Lenin Mohanty said, “Pitambar Acharya is a very senior advocate who knows the law very well. I feel bad that such a senior advocate has been reduced to a joke by Odisha BJP for its very narrow political agenda.

“Acharya has dishonored his legal profession by being made to give such false statements. If he continues to do like this, he will lose credibility with his clients. I pity his position in Odisha BJP, poor man!” said Lenin.

Acharya’s attack came after Das targeted Pradhan recently in a series of tweets. Das had tweeted, “Your government has repealed the farm laws but who will take moral responsibility for the 750 farmers who lost their lives.”

Referring to the Lakhimpur Kheri incident in which Union Minister of State for Home Ajay Kumar Mishra’s son is facing murder charges, Das, in another tweet, advised Pradhan to offer advice to the minister instead.

Das’s tweets were in response to Pradhan’s swipe at Naveen over his silence in the Mamita case.

On November 19, Dharmendra had tweeted, “In the past, Naveen expelled several ministers on moral grounds after allegations were levelled against them. But the government is maintaining a staunch silence in Mamita’s case when Dibya Shankar Mishra has been accused of patronising the prime accused.”

He said the morals and ethics, which the CM once stood for, have been given a go-by when his ‘favourite’ minister is in the dock. “You possess the arrogance of Ravan and Duryodhan. It will sink your ship,” said Dharmendra.

Balasore Adjudged ‘Best Marine District’ In The Country; Know How Odisha Has Been Encouraging Aquaculture

This Odisha Doctor Turned Nutripreneur After Losing 30Kg In 3 Months