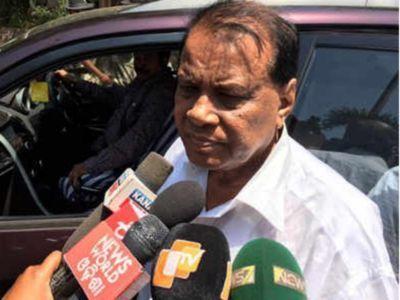 Balasore: BJP on Monday appointed former BJD leader Raghunath Mohanty as the chairman of the party’s poll campaign committee for the bypoll to Balasore Sadar constituency on November 3.

Mohanty will lead the 13-member committee to oversee the BJP poll campaign.

On Sunday, BJP on Sunday had announced the candidature of Manas Dutta, son of late MLA Madan Mohan Dutta, for Balasore Sadar.

The saffron party has chosen Mohanty to lead the poll campaign due to his vast experience.

The five-time MLA of Basta had resigned from BJD on April 1 last year and joined BJP. Mohanty was apprently miffed after the BJD leadership ignored him and gave the ticket to Nityananda Sahu for the Basta seat for the Assembly elections.

Though he contested the Basta seat as a BJP candidate, he had lost the polls.