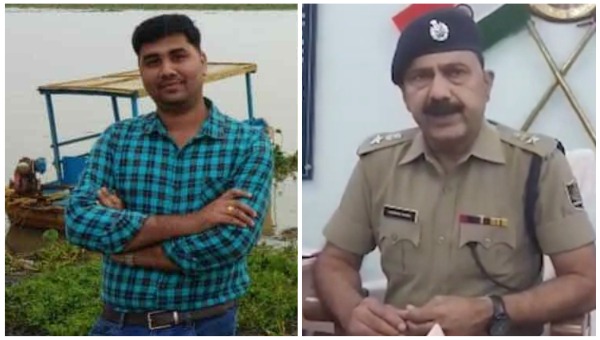 Sonepur: Nearly four months after the death of bank officer Dibyaranjan Mishra, police on Monday said he died by suicide as he was under under severe mental stress after being blackmailed by a gang from Rajasthan over a nude call.

While two persons have been arrested in connection with the death of the Punjab National Bank (PNB) official, a manhunt has been launched to trace others of the gang which had extracted Rs 26 lakh from Dibyaranjan, police said.

Giving details of the case, Sonepur Superintendent of Police Amaresh Panda said Dibyaranjan was being blackmailed over nude calls by the gang which had extracted more than Rs 26 lakh from him by posing as CBI officers in 40 online transactions.

Even after paying Rs 26 lakh, he was pressurised by the gang for more money and took the extreme step.

After the bank official’s family lodged a complaint, police registered a case and started investigation. Dibyaranjan’s body was fished out from Anga river with the help of ODRAF team two days after the complaint was filed.

A special police team probed the episode and brought the two accused, identified as Mehboob and his aide Adil, from Rajasthan. The accused had purchased a new car from the money extracted from Dibyaranjan, the SP said.

Police have seized the car and a mobile phone from their possession.

During interrogation of the duo, it was found that the gang members had made nude calls to Dibyaranjan and blackmailed him to get the money.

Dibyaranjan, who was working as an agriculture officer with PNB’s Barpali branch, had gone missing before his body was found from the river on August 13.