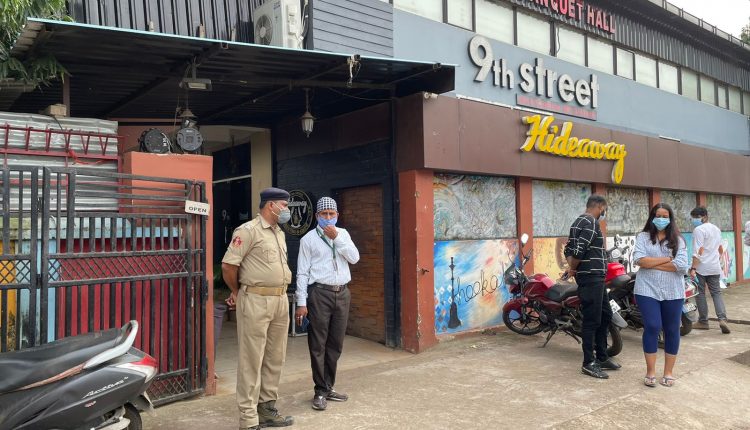 Bhubaneswar: The enforcement squad of Bhubaneswar Municipal Corporation sealed a banquet hall, near Nicco Park at Acharya Vihar for organising Dandia Nite despite restrictions on hosting any such events during the festive season in view of COVID-19.

The entry tickets for Dandia Nite planned on October 13 and 14 had been sold on social media at Rs 649 each.

As per the directions of Commissioner BMC Sanjay Singh, BMC South East Zone Enforcement Squad reached the location and sealed the 9th Street Banquet Hall for an indefinite period.

The state government has issued guidelines for the festive season according to which, any kind of social/cultural/religious programmes/functions etc are not allowed in the state as per October Guidelines.

The government has also imposed night curfew in the twin city from October 11 to 20.

Team India Gets New Jersey For T20 World Cup; What’s Special About It?