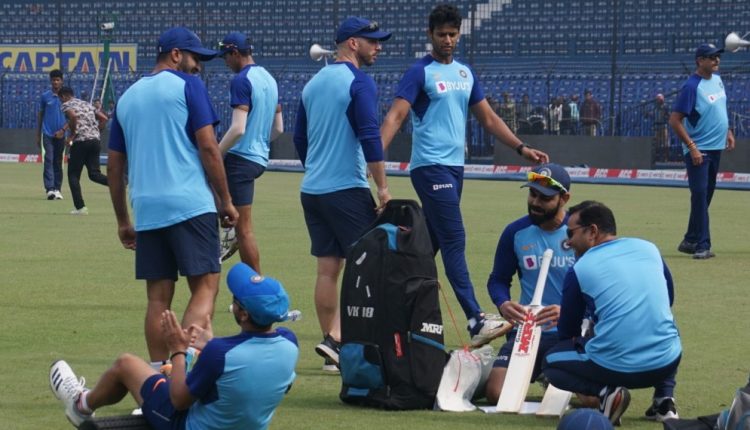 Cuttack: The players of Team India began their practice at Barabati Stadium here on Saturday morning.

The team left Hotel Mayfair in Bhubaneswar on a special bus amid tight security and arrived at the stadium at 9.30 am for net practice. The team will return to Bhubaneswar at 2 pm.

On the other hand, the West Indies team will leave Bhubaneswar and reach the stadium at 1 pm for net practice. The team will return back to Bhubaneswar at 9 pm.

Among the 17 batsmen who have scored a century at Barabati, seven are Indians—Mohammad Azharuddin, Ravi Shastri, Ajay Jadeja, Sachin Tendulkar, Ajinkya Rahane, Shikhar Dhawan, Yuvraj Singh and Mahendra Singh Dhoni. Of these centurions, Azharuddin had scored the highest 153 runs.