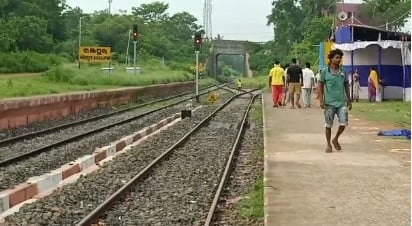 Baripada: The passenger train services between Baripada and Puri, which had been suspended for a long time, will resume from Thursday.

There was a public demand for resumption of the train services which had been suspended for a long time. The Railway Ministry decided to resume the train operation after Union Minister and Mayurbhaj MP took up the matter with the Railway minister Ashwini Vaishnaw.