Battle Of Chanakyas: What Ancient Chanakya Would Make Of Maharashtra Politics 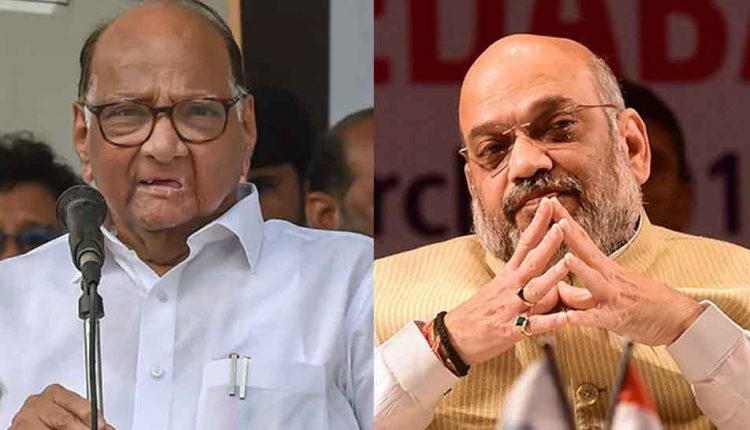 Chanakya, wherever he is, would be raging at his name being dragged into acts of all kinds of political unscrupulousness, even the harebrained ones. He would be particularly upset at petty skulduggery being equated with Chanakyaniti by people in the media.

His principles were linked to higher statesmanship and involved cool-headed assessment of the long term, not foolhardy, end-justifies-means misadventures for short term gains. The developments in Maharashtra over the last few days have been framed as the battle of Chanakyas by many; the Chanakyas involved, of course, being Amit Shah of the BJP and Sharad Pawar of the Nationalist Congress Party.

The final result, experts in the media would say, throws up one clear victor, the Maratha strongman Pawar. Yes, he turned out smarter, but politics is a game of unending rounds. He might have won this one, it’s difficult to predict the coming ones. This is particularly true in the context of survival trumping ideology as the core concern for parties.

When Shiv Sena parted ways with Hindutva co-traveller BJP and the Congress extended support to it, and earlier the BJP gleefully embraced turncoats from all secular parties, it was obvious that ideology was hardly an issue in the political dynamics of the state. After the election results were out, leaving the BJP well short of the majority mark, a new formation was always on the cards. Survival games came to play a major role after the numbers became clear.

The Shiv Sena was getting relegated to a perennial junior partner status with the BJP expanding base among its vote bank. The reversal of position of both parties in a matter of few years was a worrying signal for it. Making the discomfiture worse was the BJP’s ill-concealed intent to gobble up or destroy other parties. So the Shiv Sena had to get out of the latter’s shadow and strike out on its own. The NCP had to be wary of the hounding of its leaders by central agencies and the blatant attempt by the BJP to wean its leaders at several levels. For the Congress, in the doldrums for sometime now, it was the perfect opportunity to claw back to a position of strength.

After the result, one Chanakya smelt the opportunity for change and leveraged the survival concerns of all parties to get an alliance in place. The BJP counterpart was actually left with little choice when Shiv Sena decided to bolt. His party has not been averse to resorting to questionable means to break parties and get the numbers. But none delivered the intended result this time.

The original Chanakya would have disapproved of some of the political and tactical moves of the latter. Over-confidence and arrogance, he would have advised to begin with, make a self-damaging mix. It lulls you into taking situations and their possible fallouts for granted and exaggerates your ability to handle lurking threats. Perhaps the BJP was complacent after the results and failed to anticipate the possibility of a new formation.

Respect friends, he would have said, and enemies too. In politics, where parties must protect their self-interest first, the understanding of friend and enemy should be flexible. If friends feel humiliated and unwanted they may shift. The Shiv Sena should have been placated. If it was not possible then the BJP should have kept another option open. By identifying the NCP as enemy it could have closed it.

Don’t make others feel cornered, he would further advise, so much that they get desperate and decide to fight back with all might. The use of central agencies such as CBI, ED etc against leaders on one hand and open invite to leaders of other parties to switch loyalty on the other have posed an existential threat to other parties. If they are ganging up to fight back, it is not surprising. Maharashtra may have set a new template for alliances in the country.

He would have appreciated Pawar for being a statesman among politicians. The ancient man would have lauded the NCP chief for playing the game with finesse – never reveal your cards, never get into brinkmanship, keep your channels open in every direction, bide your time, bargain well and know when to strike.

Of course, he would be pretty unhappy with being drawn into silly comparisons. None here is dealing with the matters of an empire stretching from Kashmir to Kanyakumari and from modern Afghanistan to deep East.