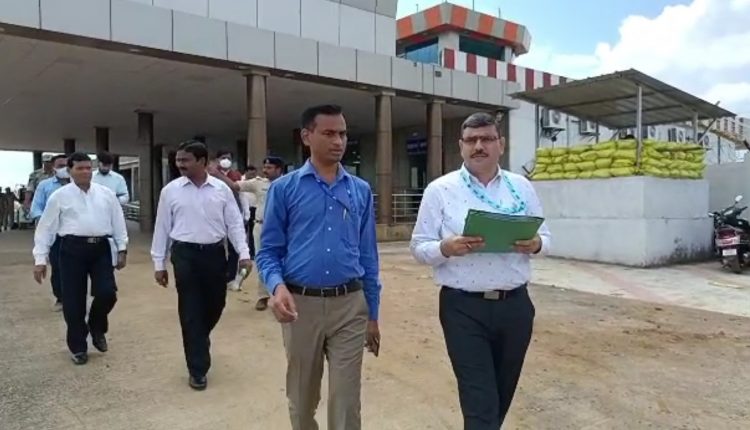 Jeypore: The prospects of flight operation from Odisha’s Jeypore airport have further brightened as a team from DGCA took stock of security measures at the airport.

According to sources, a team from Director General of Civil Aviation had earlier reviewed the facilities and arrangements at the airport earlier and mentioned 67 weak points in its report. After the local authorities took steps to plug the loopholes, the members of a review committee of Bureau of Civil Aviation Security (BCAS) including Koraput district SP and Central and state government officials took stock of the arrangements on a two-day visit.

The team went around the airport and verified the security measures at strategic places including the lounge, runway and the office. They instructed to instal more CCTV cameras at different places.

Speaking to media after the visit, Praveen Gautam, deputy director, regional office, BCAS, Bhubaneswar said they reviewed the security steps as per the norms of the DGCA and rectification of the lacuna pointed out by the earlier team.

“We checked all possible vulnerable places and are satisfied with the security measures at the airport now. We would submit our report to the DGCA within a week. I hope the airport will be operational soon,” he said.

It may be noted that Ahmedabad-based airline IndiaOne Air has won the bid to operate flights from Jeypore to Visakhapatnam in Andhra Pradesh. While it has completed the trial operation, the airline would start commercial operation after DGCA’s approval to the airport.