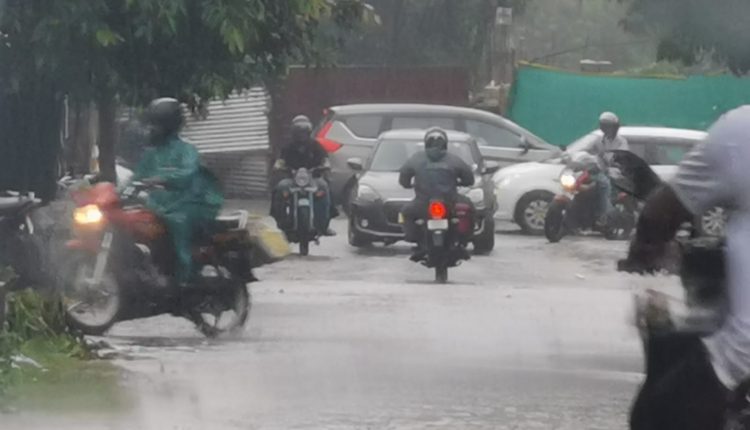 Bhubaneswar: The Odisha capital witnessed a sudden and heavy downpour accompanied by thunderstorm and lightning around noon on Friday.

Meanwhile, the regional centre of India Meteorological Department (IMD) has issued a nowcast warning for eight districts of Odisha, including the twin cities of Bhubaneswar and Cuttack, till 2.45 pm.

Light to moderate rain accompanied by thunderstorms and lightning is likely in some parts of Khurda (including Bhubaneswar city), Cuttack (including Cuttack city), Ganjam, Gajapati, Puri, Jagatsinghpur, Kendrapada, and Nayagarh during this period.

People have been advised to move to safer places to protect themselves from lightning strikes.