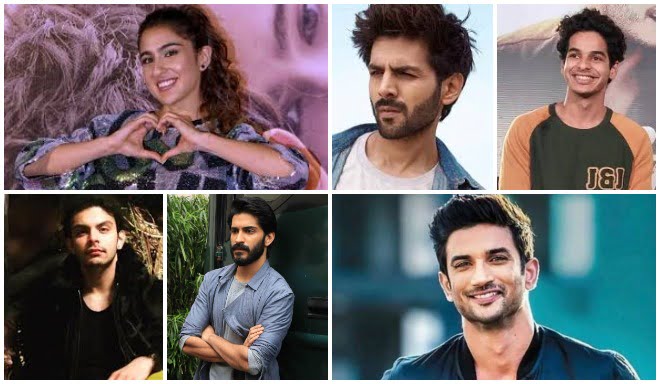 Mumbai: After Sushant Singh Rajput’s death, his friend Samuel Haokip had confirmed that Sara Ali Khan was in a relationship with the ‘Kedarnath’ actor.

Samuel also revealed that Sara and Sushant were inseparable during the filming of ‘Kedarnath’, but after the failure of ‘Sonchiriya’, the lovebirds parted ways for reasons unknown.

In a recent interview, Sara stated that the actor was not loyal to her and that’s why she split with him.

However, Sara, who was questioned by the NCB for her alleged involvement in the drug nexus in connection with SSR’s death case, dated several men before falling for her ‘Kedarnath’ co-star.

Here is a list of men whom Sara dated before Sushant:

1. Kartik Aryan: On Karan Johar’s chat show ‘Koffee With Karan’, Sara had revealed that she has a crush on Kartik. After that, Sara and Kartik were spotted together at several events and used to follow each other ardently on Instagram.

4. Harshvardhan Kapoor: The couple was spotted holding hands at several events and even addressed each other as ‘baby’. Reportedly, the duo used to party secretly at Saif Ali Khan and Kareena Kapoor’s house, but as mom Amrita Singh didn’t like Harshvardhan, the lovebirds had to part ways.

During the NCB interrogation, Sara admitted that she was seeing Sushant at one point of time, but as the actor cheated on her, they broke up.