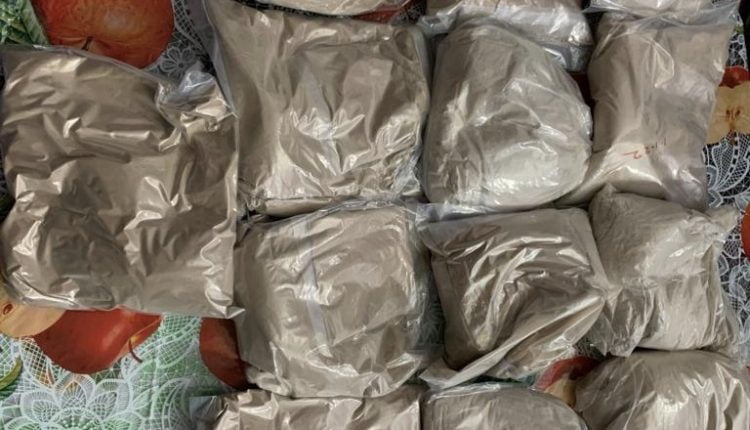 Burdwan: Special Task Force of West Bengal Police busted a major interstate drug racket with the arrest of six peddlers, including two each from Odisha, West Bengal and Manipur.

After the three-day operation, 13-kg heroin worth around a whopping Rs 65 crore and Rs 20 lakh in cash was seized at Burdwan on Monday.

According to reports, a heroin producing unit was operational at Sripalli in East Burdwan. It was being run by Babar Ali Mandal and his son Rahul Mandal. Raw material for the contraband was also found in large quantities at the facility.

Notably, the interrogation of four people arrested in Howrah under Golabari police limits, a couple of days back, led to the raid on this factory.

STF sources said that the Manipur residents had come to the place to supply raw material, while the two from Odisha were there to buy heroin. They spilt the beans which eventually helped STF bust the racket.

“The accused had put up CCTV cameras all around their premise to keep track of happenings in their surroundings. Accused Babar Ali has confessed that he had learnt the trade at Lalgola in Murshidabad,” an STF official said.

The accused had been running the illegal business for the last three years, said sources. Locals believed they dealt in the sale and purchase of plots.

Babar’s wife Sabina Begum said, “We run a poultry business. Food for the poultry comes in sealed containers, about which even we don’t know. On the basis of these containers, the police have arrested my husband and son.”

A 3-member team of the Odisha Crime Branch led by a DSP will visit West Bengal for further probe into the case, informed Crime Branch ADG Sanjeev Panda.