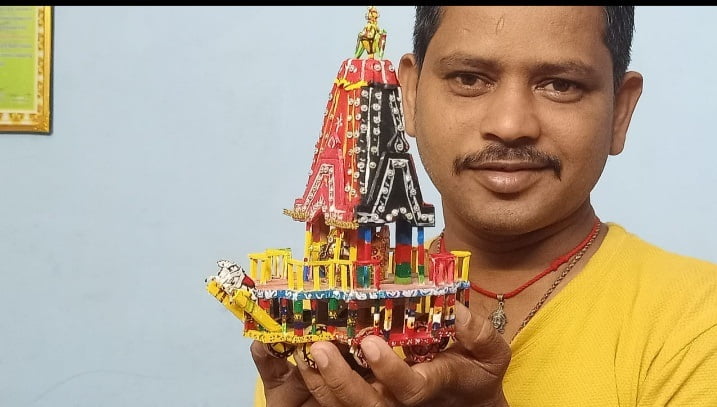 Berhampur: The passionate miniature craftsman of Berhampur  has once again come up with a unique work. This time he has crafted all the three chariots of Puri Jagannath into one and also includes Sudarshan.

The miniature artist Satya Narayan Maharana unveiled his creation on the eve of Bahuda Yatra.

The 9 inch high and 5 inch wide chariot is made of Gambhari and Teak wood with Lord Jagannath in front, Lord Balabharda to the right, Devi Subhadra to left and Sudarshan on the back side in the chariot, says Satya.

This 3 in 1 chariot with four doors is built in such a way that you can view the front side of Nandighosh chariot of Lord Jagannath in red and yellow colour colours, Taladhwaja chariot of Lord Balabhadra with green and red colours and Darpadalana chariot of Devi Subhadra in red and black colour. The respective idols measuring 1 cm high have been placed. 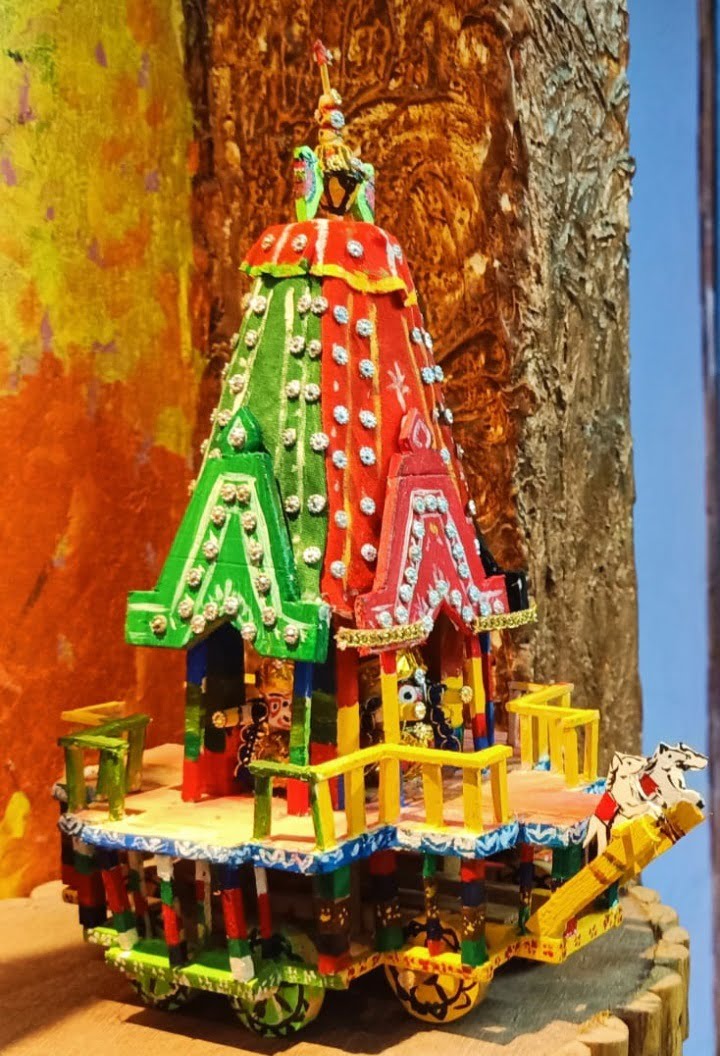 “It took me three days to built this 3 in 1 chariot and I hope the people and art lovers will appreciate my new concept,” Satya said.

Three chariots for the deities is a common scene in Odisha. But amalgamation of three chariots into one is a modern concept, he said.

“I had planned it in 2020 but could not go ahead with it but the dream has been fulfilled this year before the ‘Bahuda Yatra’,” said Satya while displaying his creation.

On the Rath Yatra day (July 12) he had created a replica of ‘Nandighosha’, the chariot of Lord Jagannath, using buttons.

Satya made similar idols of the three deities in one structure during last year which received wide applause. 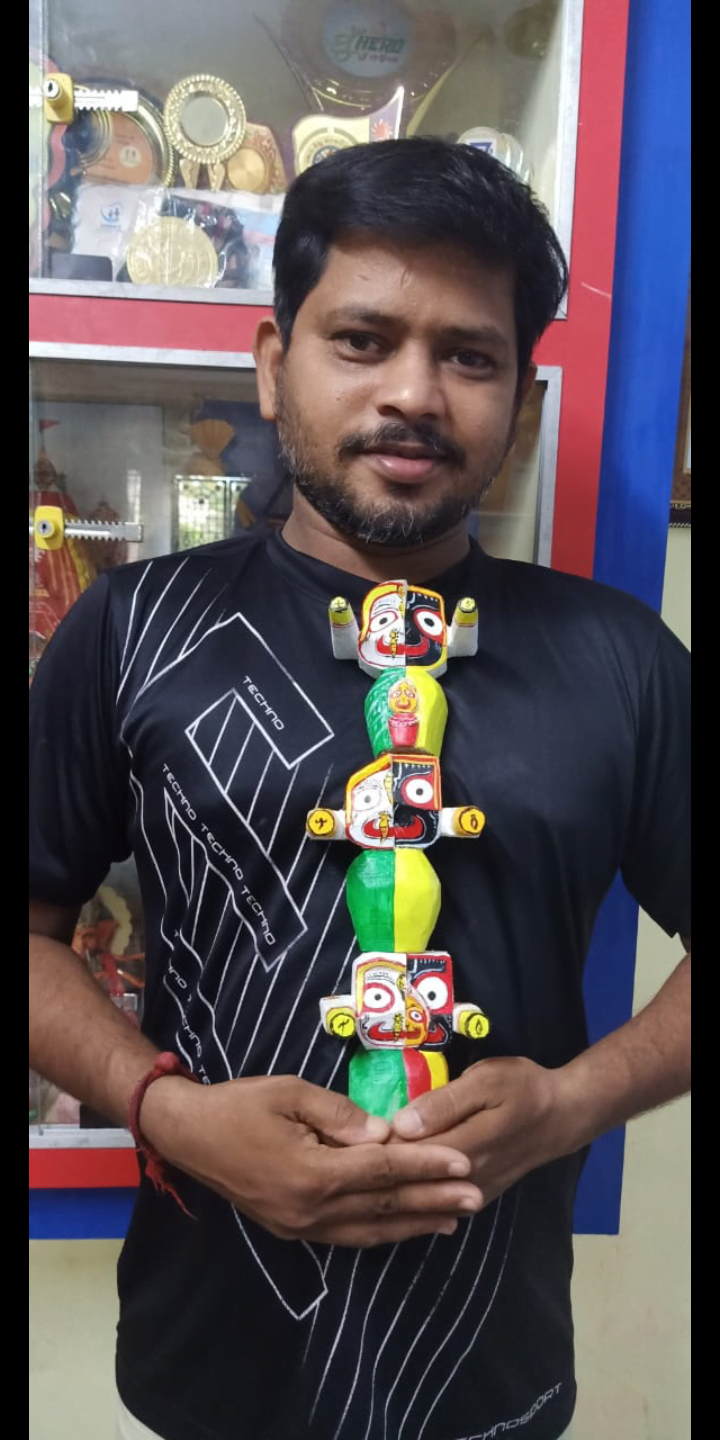 Is It The Right Time For Reopening Schools In Odisha? Know What Experts Have To Say

Stage Set For Bahuda Yatra Of Divine Siblings In Puri; Know The Timings