[Watch] Berhampur Couple Dispute: Tapaswini Threatens To End Life If Sumit Does Not Take Her Back 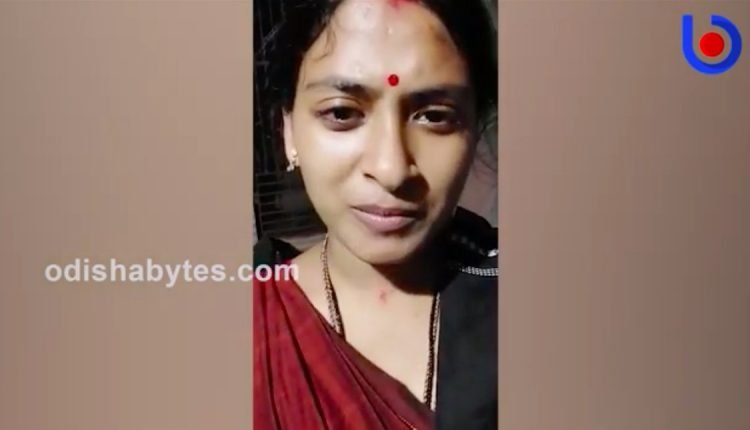 Bhubaneswar: In a new development of the marital discord between Tapaswini Dash and Dr Sumit Kumar Sahu, a video of the former threatening to end her life if her husband does not accept her has gone viral on social media.

In the video, Tapaswini is seen telling that she is the same innocent girl whom Sumit had married. She felt heartbroken by the fact that the person whom she loved so much and reposed total trust was determined to ruin her life, she added.

“My husband has made my life so miserable that I have to stay in a verandah. Is it the reward for loving somebody and believing him after marriage?,” said Tapaswini, who is sitting on a demonstration in front of her in-laws’ house in Brahmanagar area in Berhampur town

Appealing to Sumit to take her back home, she said, “I thought of leading a happy and peaceful life with my husband after marriage. But everything went wrong. I feel betrayed and disillusioned,” she said.

Alleging that Sumit’s family had hatched a conspiracy and filed false cases against her, Tapaswini appealed to accept her as she had suffered immense pain and humiliation.

In an ultimatum, she said if Sumit does not accept her, she will be forced to end her life.

It may be noted that Tapaswini’s lawyer has filed a petition in the District Judge’s Court, challenging the verdict of the SDJM court. She has sought the court’s intervention to allow her to stay at her in-laws’ place till their divorce application is decided. The court has fixed the matter for hearing on December 27.

Governor Prof Ganeshi Lal has also intervened in the matter and directed Ganjam Collector to inquire into the issue and submit a report after Tapaswini wrote to him seeking justice on December 20.