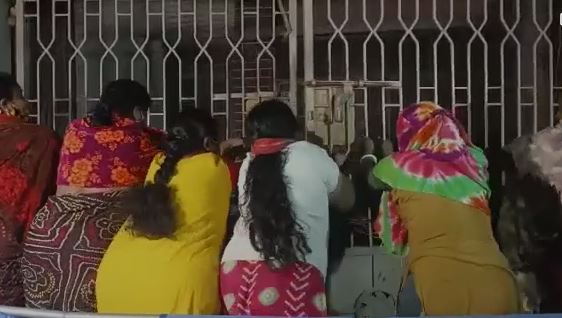 Bhubaneswar: Now, the Odisha Governor’s office has stepped into the marital dispute between a couple in Berhampur in Ganjam district.

The Raj Bhawan has directed the Ganjam Collector to inquire into the incident and submit a report on the ugly dispute between Dr Sumit Sahu and his estranged wife Tapaswini Dash, which has played out in public.

The issue has been dominating headlines in the local media for days.

Her lawyer has also filed a petition in the District Judge’s Court, challenging the verdict of the SDJM court. According to the petition, Tapaswini should be allowed to stay at her in-laws’ place till their divorce application is decided, the petition said.

The court has fixed the matter for hearing on December 27.

The couple has filed for divorce but Tapaswaini presently has no place to stay and was living on the street outside Sumit’s house for several days, drawing media and public attention.

On December 20, women activists broke into the house of Sumit and shifted Tapaswini inside the covered verandah. They demanded that her in-laws allow her inside. The whereabouts of Sumit are not known.

A day after, police clamped Section 144 in the Brahma Nagar locality, where the house is situated.