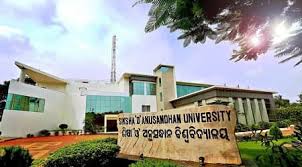 New Delhi:  Bhubaneswar-based Siksha ‘O’ Anusandhan University is the only institute from Odisha to have received honours at the third Swachh Campus Ranking Awards 2019.

It has been placed fifth in the UGC ‘residential universities category’. Koneru Lakshmaiah Education Foundation, Guntur has taken the pole position in this category. OP Jindal Global University, Sonepat has got the second place while Symbiosis International University, Pune has been ranked third.

In all, 48 universities under UGC and AICTE were given away awards under various categories.

8583 Arrested In Odisha In Last Three Months For Drunken Driving