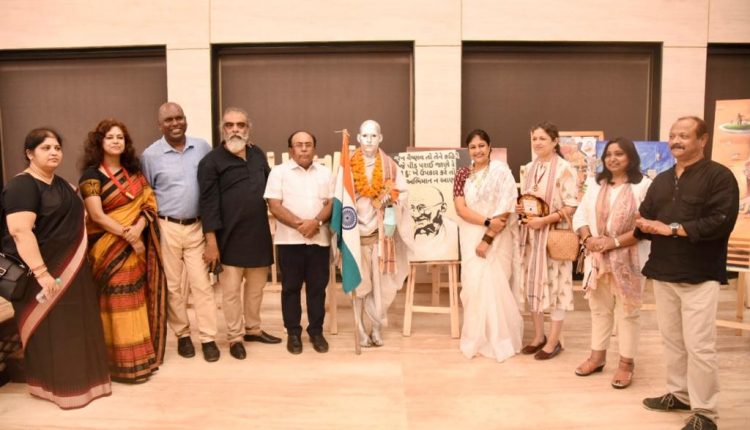 The Art Mahakumbha on the life and philosophy of Mahatma Gandhi was aimed to commemorate ‘Azadi ka Amrit Mahotsava’ to mark 75 years of India’s Independence.

The special exhibition saw the participation of noted artists based in Delhi and from Odisha. Hundreds of art lovers of Delhi and leading lights of non-resident Odias attended the exhibition.

Suvadra Art Gallery Chairman Dr Surya Rath urged the present generation of artistes to get inspired by the selfless life and truthful philosophy of Mahatma Gandhi.

One of the highlight of the festival was a Gandhi idol designed by internationally-renowned sculptor Rabi Narayan Rath in just 10 minutes, matching with the tune of the bhajan, ‘Baishnab jan to..’

A special attraction of the exhibition was the presence of Mohan Mahapatra, of ‘Silver Gandhi’ fame, who stood in Mahatma’s pose and greeted invitees.