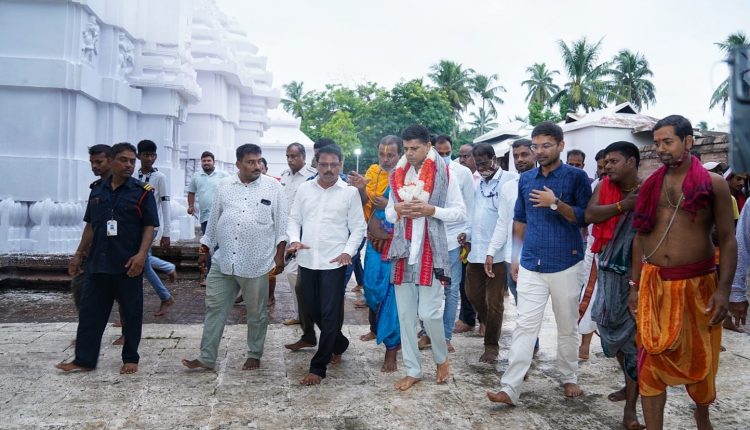 Bhubaneswar: Secretary to Chief Minister (5T) VK Pandian on Thursday visited the Alarnath Temple in Brahmagiri, about 20 km from Odisha’s Puri town, to review the steps to be taken for its development.

Pandian, who visited on the direction of Chief Minister Naveen Patnaik, took stock of existing facilities at the temple site. He held talks with the sevayats (servitors) of the temple and the local people about issues relating to the temple.

Following the detailed discussion, he asked the officials to draw up a master plan for development of the shrine with facilities for pilgrims, tourists and servitors. After the master plan is drawn up, it will be submitted to the chief minister for his approval.

Puri collector Samarth verma, senior officials of the Works department and OBCC officials were present at the meeting.

Alarnath temple is known for its deity being worshipped as representative of Lord Jagannath, especially during the 15-day ‘Anavasar’ (sick period) of the deities of Jagnnath temple in Puri after ‘Snana Jatra’.

Saints like Ramanujacharya and Sri Chaitanya had also visited the shrine to have darshan of the deities.