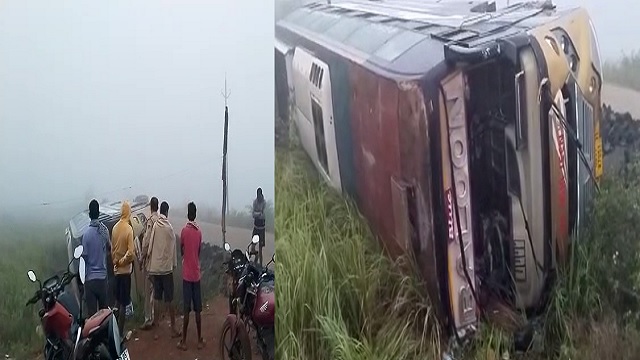 According to sources, the bus carrying 40 passengers was going to Bhubaneswar from Balangir. It overturned near Baghmari due to heavy fog and skidded off the road.

As a result, 20 passengers sustained injuries in the accident. Two of them sustained critical injuries.

On being informed, Baghmari police arrived at the spot and rescued the injured passengers. All the injured patients were rushed to Khurda District Headquarters Hospital (DHH).

The two critically injured passengers were shifted to Bhubaneswar. Meanwhile, the bus driver has fled from the spot.