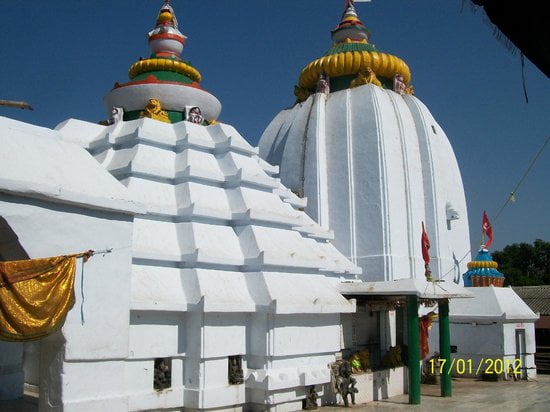 Cuttack: The last five days of the holy Kartika month in Odisha, observed as Panchuka, have begun today. People will refrain from all types of non-vegetarian food during this period.

Devotees will be allowed to have the darshan of Lord Dhabaleswar virtually on an LED screen near the suspension bridge over the Mahanadi, connecting the shrine in Odisha’s Athagarh. Devotees have been barred from visiting the Dhabaleswar Temple amid concerns regarding the safety of the 254-metre suspension bridge after the Morbi bridge tragedy in Gujarat.

Cuttack Collector Bhabani Shankar Chayani informed that Gaja Bhoga and other prasad would also be available near the hanging bridge.

Around 10 platoons of police, including six SDPOs and 12 IICs have been deployed for security and law and order.

Khurda SP Siddharth Kataria, who is also in charge of Cuttack SP, on Tuesday informed that Dhabaleswar Jatra had been cancelled in view of the imposition of prohibitory orders under Section 144 of CrPC at the temple.

The bridge was also closed for public use after the detection of cracks by an expert team. Chayani had said that the bridge will be thoroughly inspected for safety and a detailed safety protocol will be in place before it is reopened just to be doubly sure that nothing goes wrong ahead of the upcoming “Panchuka,” the last five holy days of Kartika month from November 4.