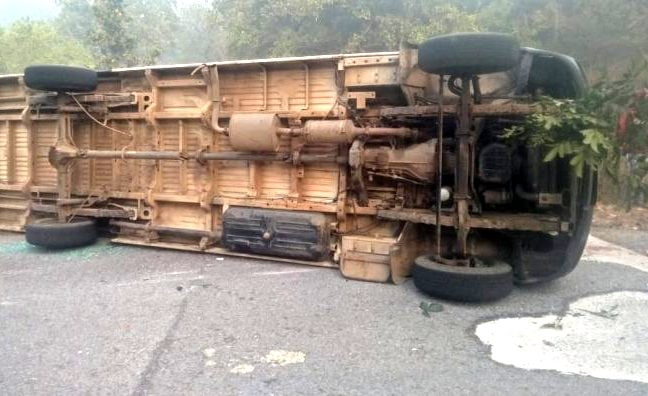 Paralakhemundi: One person died and 15 others injured — six of them seriously — when a bus carrying a picnic party overturned near Dumbalapadar village of Kendupada block in Rayagada district late on Sunday night.

According to reports, a 20-member picnic party from Bhubaneswar had gone to Gupteswar in Rayagada in a minibus. On their way back home, the bus overturned as the driver lost control at a U-turn near Dumblpadar near the border area of Rayagada and Gajapati districts.

While one member of the picnic party, Sunil Sahu died on the spot, 15 others were severely injured.

A team of cops from Mohana police station rushed to the spot along with Fire Brigade and admitted the injured ones to the Community Health Centre (CHC) at Mohana. Six injured persons were shifted to the MKCG Medical College and Hospital in Berhampur.