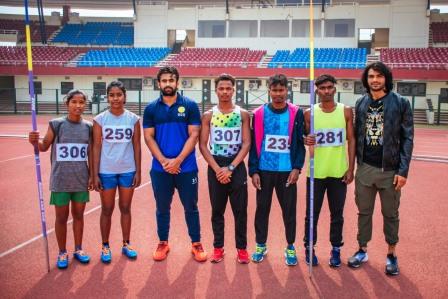 Neeraj and Shivpal particularly engaged with the state’s promising javelin throwers and shared few tips and aspects of Javelin. They encouraged the youngsters to try and better their own performance without being dissuaded by continuous attempts.

Close to 150 boys and girls in U-18 and U-20 age groups took part in the two-day trials. Four events were called off due to lack of participants, according to a press release.

The selection trials were jointly organised by the Sports and Youth Services Department, Government of Odisha and Odisha Athletics Association.

ALSO READ: All New & Upgraded SAI Facilities To Be Named After Sportspersons