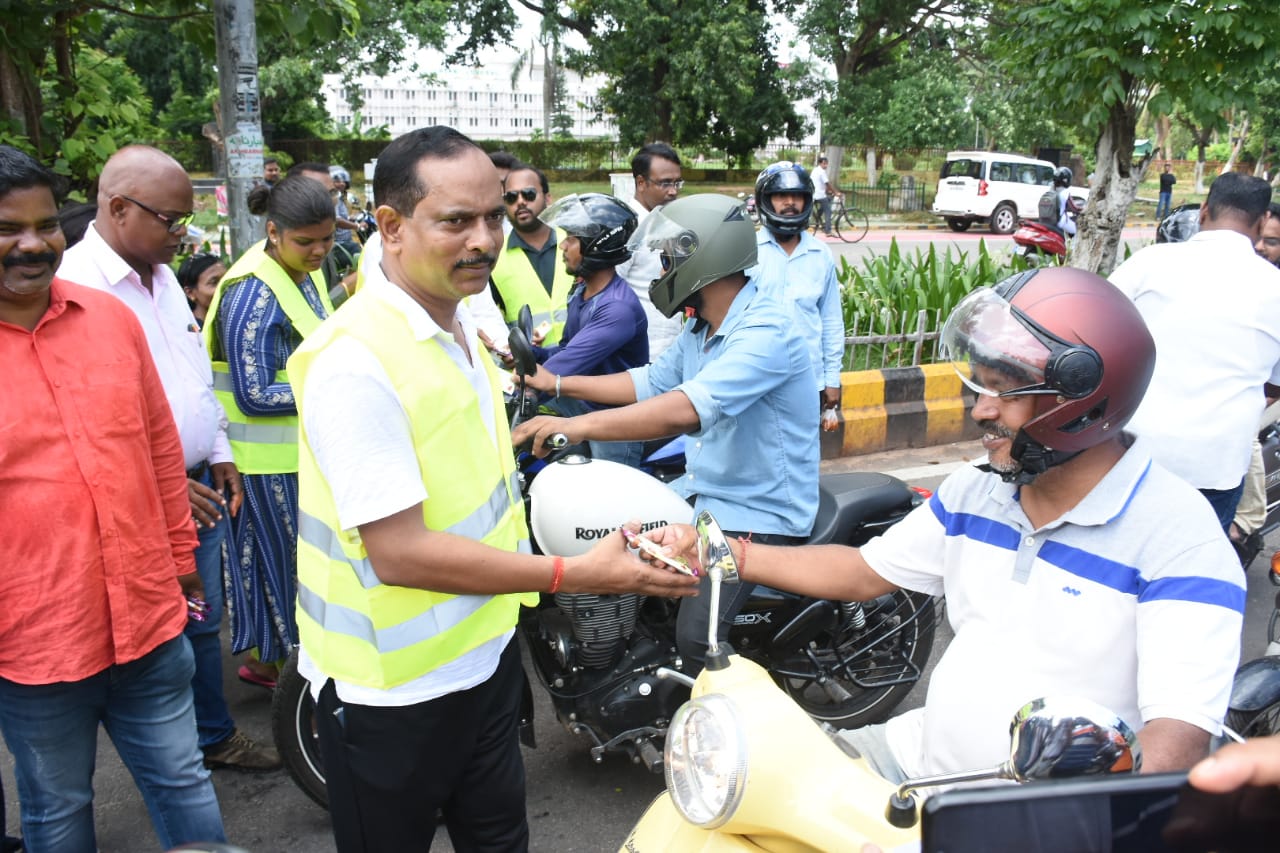 Bhubaneswar: After the bitterness, comes the sweetness. A day after the Odisha capital was rocked by mob violence over hefty traffic fines, Bhubaneswar DCP (Traffic) Sagarika Nath interacted with people and distributed chocolates, thank you cards, flowers and leaflets at AG Square here on Sunday.

“It was our way of acknowledging those adhering to traffic rules,” the DCP said, while thanking city denizens for their support and cooperation.

Nath also advised auto rickshaw drivers against overloading their vehicles. “Carry not more than five passengers and follow the traffic rules,” she said.

The sensitisation drive by the Commissionerate Police was aimed at making people aware about the new traffic rules.

As directed by the Police Commissioner, penalty is being imposed on five accounts — if a person is found driving under the influence of alcohol, riding a two-wheeler without a helmet, carrying more than one pillion rider, entering from the wrong side and using a mobile phone while driving, she said.

Tension ran high in the city after police resorted to lathi-charge to disperse a mob, which turned violent opposing the ongoing enforcement under Motor Vehicle Amendment Act 2019, on Saturday afternoon. The incident hit traffic movement for almost two hours.

The Commissionerate Police, on its Twitter handle, had said that the staff enforcing traffic rules wear body cameras. If there is any allegation of misbehaviour or high-handedness, there is likely to be audio or video evidence. The staff has been asked to be firm, but courteous, it added.