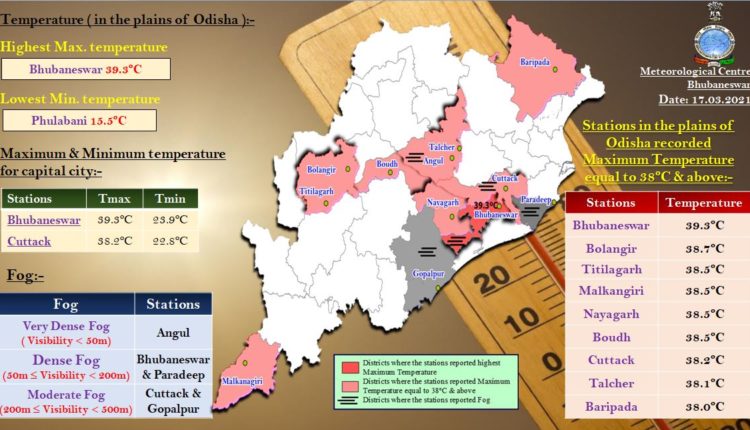 Bhubaneswar: The Odisha capital was back as the hottest place in Odisha as the mercury soared to 39.3 degree Celsius on Tuesday.

It had recorded 37°C the previous day.

After remaining tolerable below 40°C for some days, the mercury had again soared up to 40.4°C in the city on March 6. It was the hottest place in the country on that day.

Also Read: Did You Know Bhubaneswar’s Brush With 40°C Plus February In Past 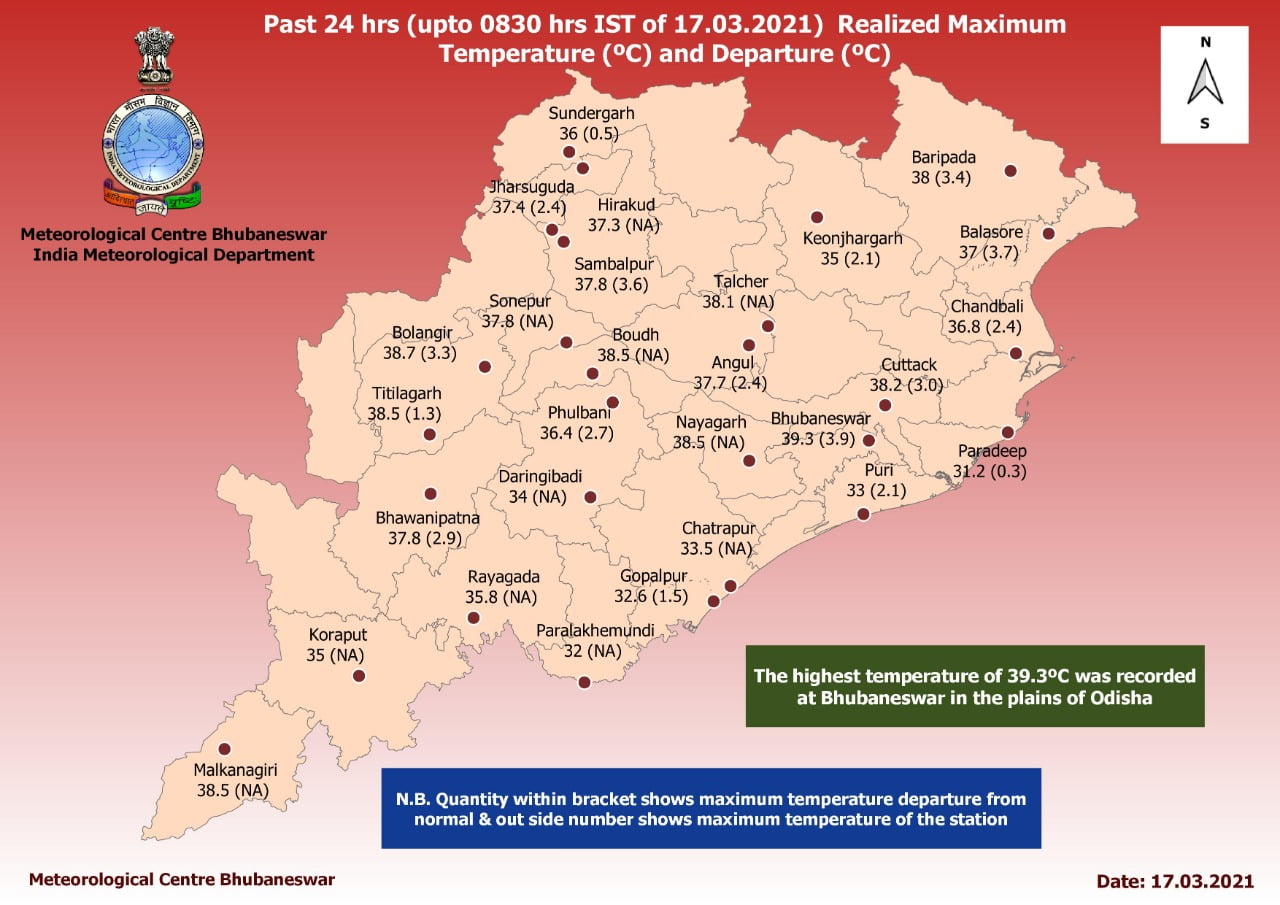 “Maximum temperature (Day temperature) very likely to rise by 2-3°C at many places in Odisha during the next two days and there will be no large change thereafter,” the Met office said.

The IMD has also forecast light to moderate rain or thundershower at one or two places in Bargarh,  Jharsuguda, Sundargarh, Keonjhar, Mayurbhanj, Nabarangpur, Rayagada and Gajapati on March 20.

Odisha Govt To Sell Over 35,000 Acres Of Jagannath Temple Land