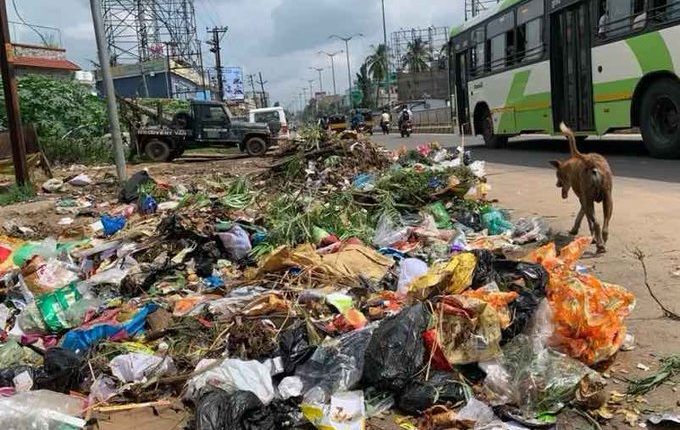 Bhubaneswar: Bhubaneswar Municipal Corporation (BMC)’s garbage trucks will start dumping waste at the Bhuasuni yard near Daruthenga from Wednesday, ending the civic body’s standoff with villagers that led to uncollected garbage pile up in the state capital.

This was decided at a high-level meeting at Lok Seva Bhawan chaired by Odisha’s Housing & Urban Development Minister Usha Devi in Bhubaneswar on Tuesday to break the impasse.

While villagers of Daruthenga agreed to allow BMC’s trucks from dumping garbage at Bhuasuni, it was also decided that BMC will completely stop dumping of waste at Bhuasuni after May 2023 as part of a nine-month action plan which was presented in the meeting.

The following decisions were taken in the meeting:

* BMC will ensure construction and operation of required number of Wealth Centres in a time-bound manner so as to process the entire waste generated in the BMC area within its Wealth Centres.

* BMC will adhere to the nine-month action plan and completely stop transportation and dumping of waste at Bhuasuni after May 2023.

* BMC will resume dumping of waste at Bhuasuni from August 31.

* The principal secretary, Housing & Urban Development Department, will review the progress of establishment of Wealth Centres and reduction in transportation of waste at Bhuasuni every month.

* Based on the progress of establishment of Wealth Centres to cater to waste generation and reduction of trips and dumping at Bhuasuni, the Commissioner, BMC, and sarpanch, Daruthenga gram panchayat, will mutually decide on commencement of bio-mining project at the earliest.

The standoff between BMC and villagers of Daruthenga dragged for days fuelling anger among Bhubaneswar’s residents as uncleared garbage piled up in the state capital. The situation arose after Daruthenga villagers stopped BMC trucks from disposing the city’s waste at the Bhuasuni yard.

A fortnight ago, on August 12, a youth was killed after being knocked down by a garbage vehicle on way to the dumpyard. Irate villagers then stopped BMC’s garbage trucks from going to the dumpyard.

As the standoff dragged, BMC trucks were dumping garbage at the temporary transit centre near Sainik School and many parts of Bhubaneswar virtually turned into garbage dumps.