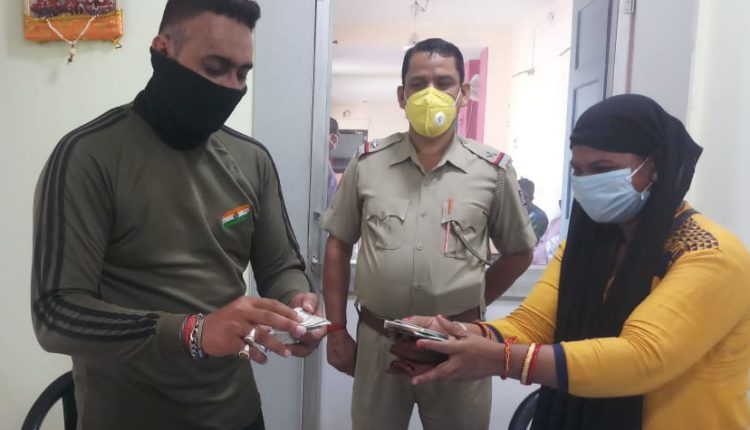 Bhubaneswar: A constable of Mahila police station here has won praises by returning a lost wallet to its rightful owner.

According to sources, constable Bhanumati Mallick found the wallet containing Rs 20000, ATM card and other identity cards at Unit I market. She deposited it at Capital police station.

Police later found that the wallet belongs to one Amanprit Singh, who works with the 120 battalions in the Odisha capital.

“I was worried as the wallet had identity cards and ATM card. I had lost hope of getting it back and my joy knew no bounds when I got a call from the police about them having traced it,” said Singh.